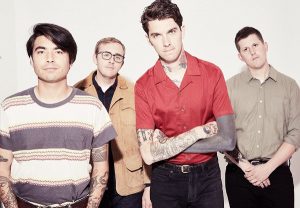 Handsome Tours is excited to reveal that enigmatic Epitaph rockers Joyce Manor will return to Australia in February/March 2019, playing shows in Sydney, Brisbane, Canberra and Melbourne as well as Wollongong’s The Farmer & The Owl Festival.

The headline run follows a huge visit in 2017 which saw Joyce Manor play to sold out rooms supporting The Smith Street Band as well as their own sweaty club shows. The tour celebrates the release of Joyce Manor’s acclaimed fifth album ‘Million Dollars To Kill Me’ released in September on Epitaph.

If Joyce Manor’s 2016 release ‘Cody‘ was about growing up, then ‘Million Dollars To Kill Me’ is about what happens next—the reckonings with love, money, doubt and confusion, and the hope that persists despite it all. The title stems from a memorable moment in Blink 182 drummer Travis Barke’s memoir, in which he recounts offering a friend a million dollars to end his life. It’s a sad and unsettling story, and thus perfectly representative of the Californian quartet’s sound.

Recorded with Kurt Ballou of Converge, the album is awash with a tangible, almost haunting yearning.  It is “filled with miniature spaces containing huge, overwhelming anxieties, in short digestible punk” (Spin Magazine). It has seen this much loved Epitaph Records signing continue to mature, “their willingness to expand the subtleties of their sound making for an enthralling listen” (Pitchfork).

Joyce Manor formed in Torrance, California in 2008. Their self-titled first album, released in 2011,was sharp and sad and as a result found forever homes on many a Tumblr blogger’s  Best Of. Its final track, “Constant Headache” eventually became the band’s most enduring song, cementing their sound as amalgamation of sad and tough at the same time using vocalist Barry Johnson’s mix of major and minor chords.

Tickets to Joyce Manor’s Sydney, Brisbane and Melbourne shows are on sale now.

Don’t miss out. These shows promise to be the perfect accompaniment to those melancholy end-of-summer feels. 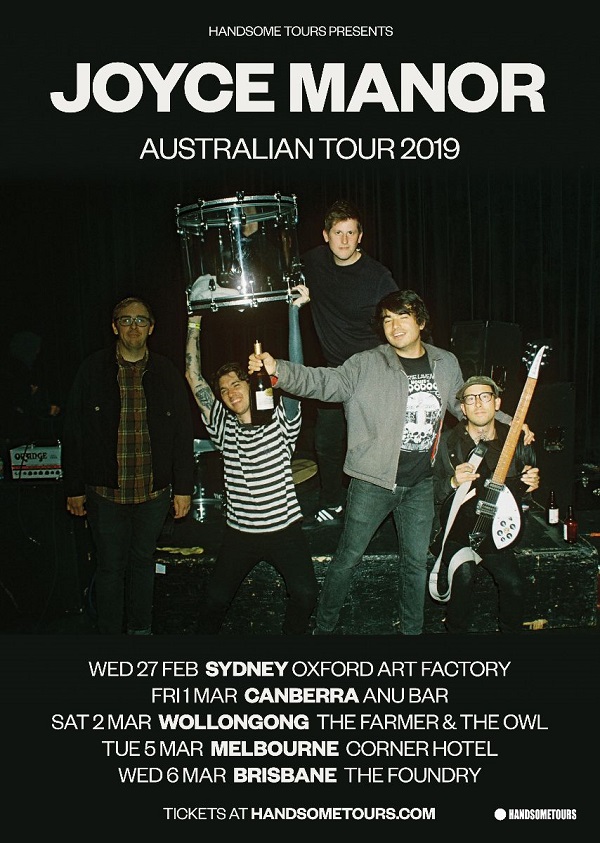