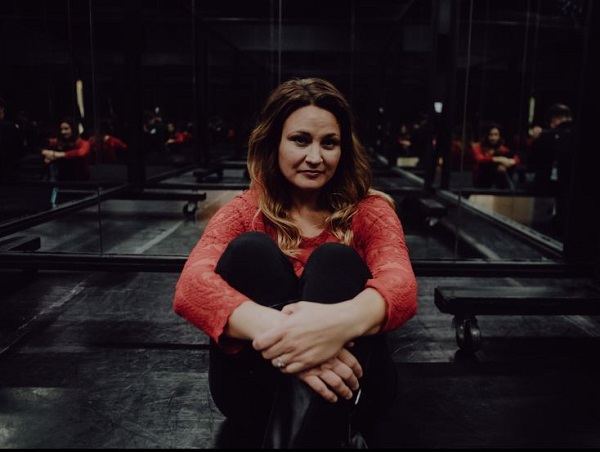 “Most of my songs are about real people that I’ve met along my way; they should stop and listen because I may have written a verse about them.”

From Bio: Amanda does not claim a particular genre of music, and in doing so enjoys variety in her music and audiences. As a solo artist, a member of a women’s contemporary folk band called Wildflower, and of her Amanda Grace indie rock band; she is a performer not to be missed.

After attending Winona State University she began a more intentional look at returning to music after her nephew was diagnosed with leukemia. In 2010 she released a children’s album called, “Trains, Cars + A Trip To Mars.” Soon after his father also passed away. Amanda wrote some songs from the experience and released, “Embrace” in 2012.

After a successful kickstarter project, she released her first EP called, “Keeping Hearts” in June 2014. That month she appeared at Ed’s No Name bar in Winona with her group Wildflower as the release event. “Better Life” EP was released in December in 2017 with full length alternative “Rayne Angel” TBA near November 2018. Rayne Angel is a flavorful and diverse full length alternative based album. It is no surprise that Grace has kept developing her own taste in music; ranging from alternative rock to folk rock. Rayne Angel is a truly Minnesota made album; all of the album captured in her own home. Recorded & produced by Fletch Archerd & Amanda Grace.

We teamed up with ReverbNation to share some talent with the world, check out Amanda Grace from Winona, MN, we dug her sound and found her very worthy of being one of our Best Things You’ve Never Heard!

Let’s start with the basics; for those that aren’t aware of you, can you please give us the abridged version of your story, and how you would best describe your music?
In my earlier years I started out alternative and now have come first circle to it again. Although I don’t claim a particular genre of music I’ve now released alternative pop, acoustic rock, and a children’s album. I’m working on two full length works TBA soon; “Rayne Angel,” and a children’s album by next spring.

In 2010 I released a children’s album called, “Trains, Cars + A Trip To Mars” in memory of my nephew. Soon after his father also passed away and Amanda released, “Embrace” in 2012. Since then I’ve released “Keeping Hearts” & “Better Life;” two EPs.

I have played local/regional festivals and manage my own indie rock band and a women’s folk band called Wildflower.

Can you now please introduce each band member including yourself, and give us a rock ‘n’ roll fact or myth about each of you?
Amanda Grace Band members: Amanda Grace (vocalist, guitars, writer), Peter Boysen (lead guitar), Amber Fletcher (drummer), Randy Kline (bass).

Amanda/myth: She takes her keyboard to every gig.
Peter/fact: has a pedal board big enough to take someone out.
Amber/myth: She goes to multiple shows a week, often out until 2AM.
Randy/fact: used to tour all over California clubs in his earlier rock years.

In terms of your music and any releases, instead of giving us a standard review, let’s say if you had to give us your best door to door sales pitch to try and convince someone to listen to it before they slam the door in your face, what do you say to them?
Most of my songs are about real people that I’ve met along my way; they should stop and listen because I may have written a verse about them.

With your song writing, what do you consider to be the most important ingredients that make up one of your songs?
I tend to write ballad sounding songs; which must mean I’ve been influenced by some of the great bands of the past 😉 I just think that I like to express the intensity that I feel toward something, and I try to put that into my music.

Are there current plans for any future releases you can give us the scoop on?
I’m releasing “Rayne Angel” for digital release on Nov. 1st, release show Nov. 30th. I also hope to release a full length kids album in the spring.

So what bands did you grow up listening to and how did they help create the style of music that can now be heard throughout your music?
I actually listened to a mix of stuff growing up: alternative, country, and big vocalists. I was a fan of the Cranberries and will be covering one of her songs on my EP to honor her life.

In terms of touring, here’s your chance to plug any upcoming shows, and for those that haven’t seen you, how would you describe a typical live show of yours
I have a AG full band show on Tue. Nov. 6th in Rochester, MN at Art Heads Live + Album release show for Fri. Nov. 30th @ Amsterdam Hall, St Paul – $10 advance, $15 door. Event details HERE

For a bit of fun, say you get the chance to open for any artist or band in the world, who would they be and why?
Aerosmith, Madonna, U2, Coldplay, Florence + The Machine. I like their style, through and through.

If you were to cover one song that no one would expect that you’d cover what would it be and why?
I actually cover a couple songs currently live that are a little unusual. “Let It Be Me” by RayLaMontane and “Thinking Out Loud” by Ed Sheeran.

Lastly, here’s a chance to grab a magic lamp and from it you are granted three wishes.  They are:
1. 8 hours of sleep for the next 30 years
2. A personal shopper
3. The strength & tenacity to continue the music path I am on