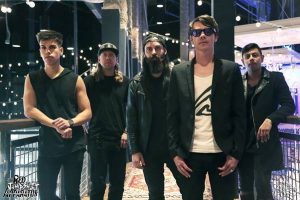 US post hardcore heroes THE RED JUMPSUIT APPARATUS returns to Australia this November/December and this time they are armed with their recent album ‘The Awakening’, their first studio album in 4 years. Expect to hear tracks from the ‘The Awakening’ and the band will also delve into their extensive bag of hits.

‘’With their new songs, the band has brought about a special maturity that has made it feel like their music has grown up just as their fans have.’’

THE RED JUMPSUIT APPARATUS was formed back to 2003 by brothers Ronnie and Randy Winter and it was Virgin Records who snapped them up & released the bands RIAA platinum debut record ‘Don’t You Fake It’ in 2006.

‘The Awakening’ features the smash hit ‘’On Become Willing’’ which has spent the last 7 weeks at # 1 on the Billboard Christian Rock Charts.

Known for their spirituality, the bands lyrics cover an array of emotions. The darkness and the light, the struggles and the wins. The RJA message is ultimately one of hope and a reminder that ‘Even on the worst day that you’re alive you’re still surrounded by so many awesome things that you should be grateful for, if you choose to look at them.’ Ronnie Winter.

Joining them are Brisbane’s THE COMFORT. In their short tenure, they’ve already made their mark on the Australian alternative scene, having done multiple runs around the country alongside bands such as The Hunna, Storm The Sky, Young Lions, Don Broco and Saviour. Their EP ‘Love’ has reached far corners of the globe with the band constantly finding new fans from New York, to London and beyond. With debut album, ‘What It Is To Be’ due out November 9th, THE COMFORT have only just begun.

“This album is called ‘What It Is To Be’ for a specific reason” states The Comfort‘s Liam Holmes. When discussing the lyrical content, Holmes says the album is an attempt to showcase the human experience and make sense of who and what we are.  The band has poured their heart and soul into this release, each track trying to understand a different piece of the human puzzle. 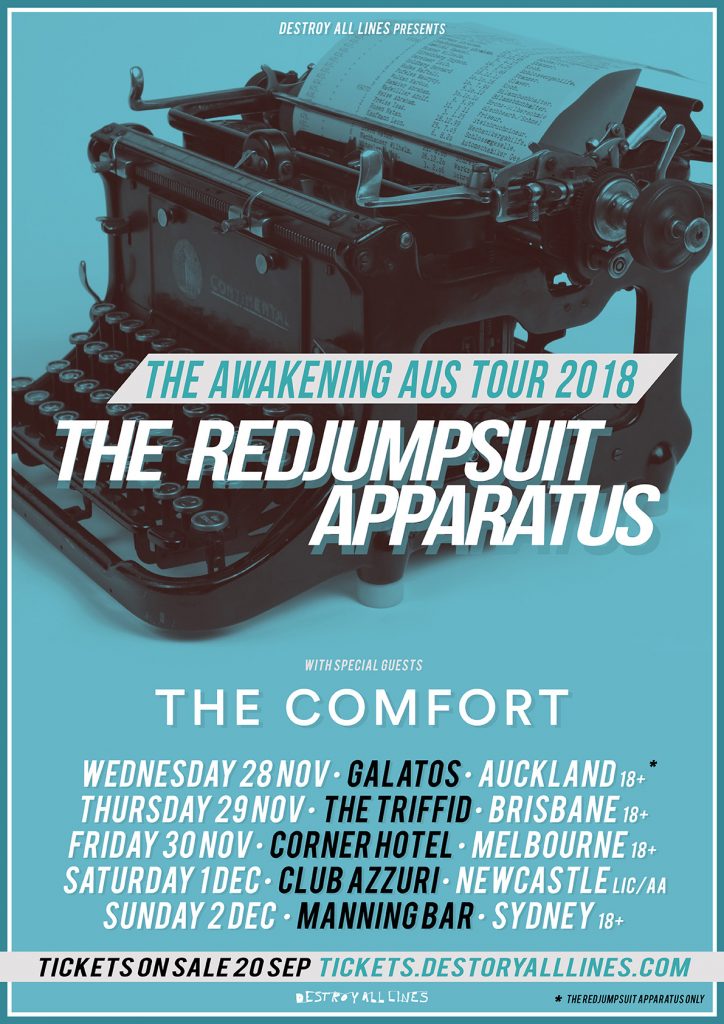