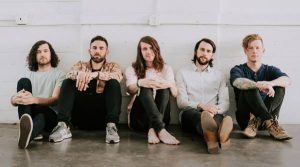 13 years ago, a group of friends from Tallahassee, FL formed a band and travelled the U.S to sell their CD to anyone that would listen. Through their DIY mantra, Mayday Parade went on to sell 50,000 copies that summer without any label support.  In their evolution from hard-working local band to global force, Mayday Parade have sold out tours the world over, garnered a lifelong dedicated fanbase, sold over 1.1 million albums, while their debut, 2007’s A Lesson in Romantics has earnt cult classic status, spawning fan favourite tracks like ‘’Jamie All Over’’ and ‘’Miserable At Best’’.

Mayday Parade’s mission is to continue strengthening the connection between their uncompromising honesty and boundless emotion with each release. The follow-up to their acclaimed 2015 album Black Lines, Sunnyland finds Mayday Parade both reflecting on the past and pushing toward the future. The result – an album built on impassioned vocals, sing-along choruses, and deeply heartfelt lyrics.

‘Sunnyland is a starkly realist look at love, life and loss, and, as the final strings ring out, we can’t help but wish it lasted for just a little bit longer.’ – The Music

Each live show offers Mayday Parade the chance to personally connect with the dedicated following they consider more like a family than a fanbase. They’ve built a reputable repertoire of tracks, and they deliver those stories, blistering riffs and pummeling drumbeats with a stage presence that is so intensely full of life, the crowd has no choice but to feel it too as they scream along to their every word.

‘One thing is for sure, Mayday Parade knows how to put on one hell of a rock show.’ – Heavy Mag

‘high paced entertainment for everyone to enjoy’ – Overdrive

Mayday Parade’s innate, ever-evolving chemistry and undeniable intensity is at its strength – and they’re bringing the momentum back down under. Having sold out multiple shows on their last tour tickets are expected to fly out the door for Mayday Parade’sWelcome To Sunnyland Tour! 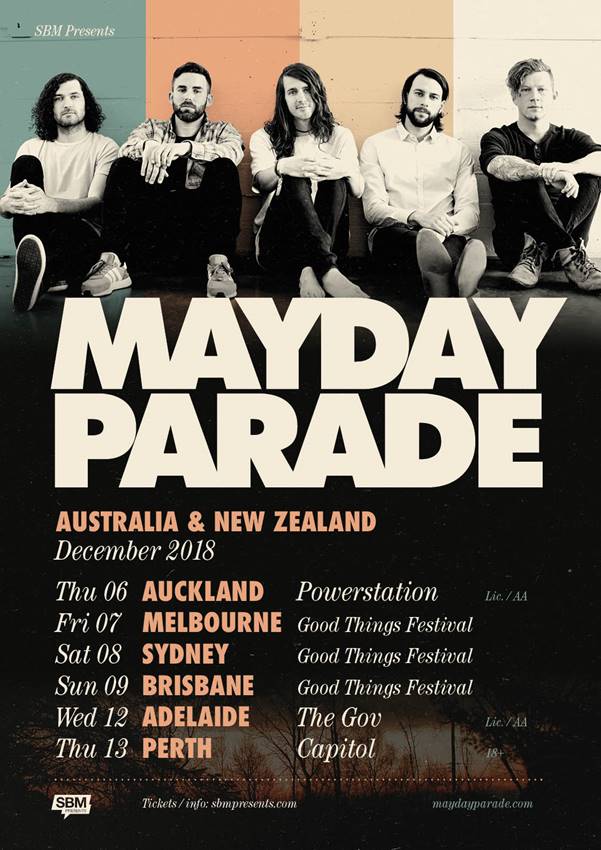