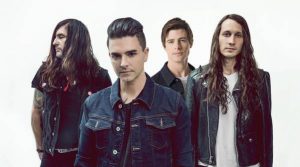 Playing ‘The Places You Have Come To Fear The Most’ in full, new material from ‘Crooked Shadows’ and fan favourites from their storied career.

For the first time in Australia and New Zealand Dashboard Confessional will play their breakthrough album ‘The Places You Have Come To Fear The Most’ in full. For these special performances, fans can revel in the sounds that first struck a chord and connected them to Chris Carrabba’s signature soul-bearing lyrics and vulnerable, introspective musings.

Armed with nothing but a guitar and raw emotion, ‘The Places you Have Come to Fear the Most’ featured the award-winning hit single that became the anthem of a generation, ‘’Screaming Infidelities’’. Carrabba’s capacity to connect with the listener made the songs feel like a shared experience. It’s this ability that helped Dashboard Confessional build a worldwide fanbase and rise to cult-icon status.

‘It’s genuine and exactly what music should be’ – Sputnik Music

Dashboard Confessional return with their first album in 9 years ‘Crooked Shadows’. The album is a reminder of the band’s skill when it comes to penning deeply and unabashedly cathartic songs, with a dynamic force, a surging energy, that resonates throughout. They’ve found a new perspective on the world in these songs, one that only comes with more life experience.

When Dashboard Confessional bring their songs to the stage, they’re punctuated by Carrabba’s vocal prowess and stage persona, delivered in a way where it is enviable to bare your soul in a song and be unashamed about it.

‘At Dashboard shows, everyone sings along at absurd volume. There is no shame, no judgement, no restraint. Carrabba runs his voice ragged and lets a roomful of fans find theirs.’ – SPIN

Playing in full ‘The Places You Have Come To Fear The Most’ + Fan Favourites, don’t miss this unique opportunity to join Dashboard Confessional as they deliver the best of their tug at the heart string anthems. 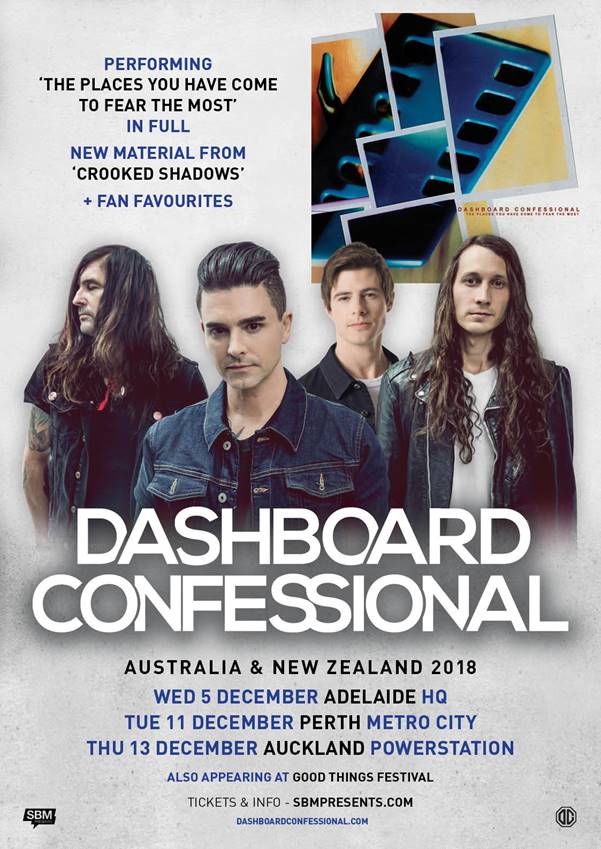