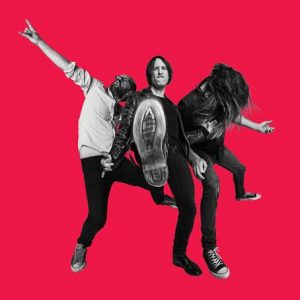 Northern Ireland’s indie legends ASH finally return down under this November for a headline tour.

Inspired by Nirvana, Sonic Youth, Pixies they are known worldwide for their energetic and incredibly fun live shows that continue to delight fans. Ash are truly a band that no matter how many times you have seen you can never get bored of seeing.

‘’guaranteed an excellent night out’’

‘’remind an ecstatic crowd how much they really love Ash’’

This year ASH released their seventh studio album, ‘Islands’. Pound-for-pound, it’s also the strongest, most exhilarating long player of ASH’s career, an album which reaffirms the trio’s status as one of the most idiosyncratic and singularly thrilling guitar bands.

Ash have remained popular well after the success of their 1996 classic ‘1977’. A testimony both to the loyalty of the fanbase as well as their ability to continually to put on brilliant live shows that never disappoint. Their no-fuss set includes all their classics – Girl From Mars, Burn Baby Burn, Shining Light, Kung Fu, Goldfinger, Oh Yeah, A Life Less Ordinary as well as selections from ‘Islands’. 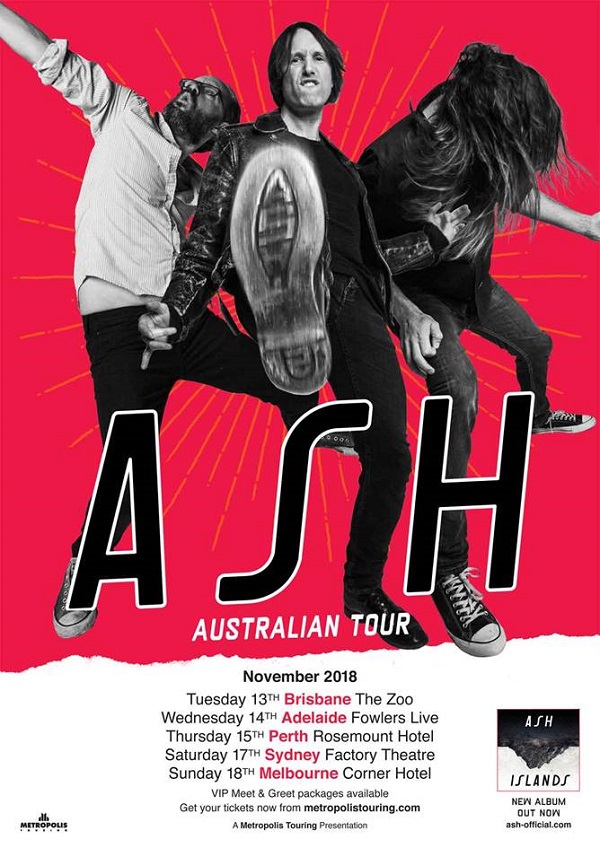