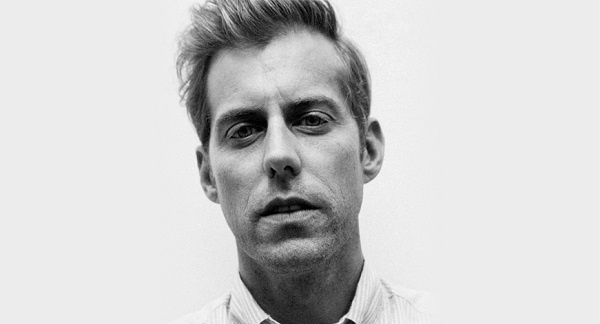 “…I think there’s an ability to also dig a little bit deeper into the storytelling of these songs and communicate to the audience where I was coming from when I sat down at the piano and put them together.”

From Release: Singer-songwriter Andrew McMahon returns to Australia this September performing songs from his critically acclaimed solo releases as well as favourites from Something Corporate and Jack’s Mannequin. Andrew McMahon began penning songs at age nine, drawing inspiration from his favourite singer-songwriter/pianists like Elton John and Billy Joel. He went on to front the seminal rock band, Something Corporate, and later Jack’s Mannequin, before reinventing himself in 2013 under the moniker Andrew McMahon In The Wilderness.

In the studio at his house we gave Andrew McMahon a call to talk about his upcoming Australian acoustic tour, reinventing songs, new music, advice, and much more…

Firstly, Happy Birthday for the other day!
*laughs* Thank you, thank you, was a nice relaxing one at home and I appreciate the well wishes.

We seem to chat on an eighteen month cycle, so let’s catch up, how have the last eighteen months been for you?
*laughs* Things have been great, man, it’s been sort of a fun, unexpected ride, a creative ride I guess you’d say because I kinda came home from the touring on the last record and just kind of banged out a record really fast which I haven’t done that in a long time and it was a lot of fun.

Now of course you’re heading back to Australia for some acoustic shows, do you have an idea of how these shows are going to shape up?
You know you never really know for sure, the thing I love about the acoustic set up is that it’s so flexible and makes it possible to read the room and try and pivot when you need to and there’s more of a free form to those sets generally. Yeah we’ve been doing a lot of them recently, I did a whole tour in the States on this past album cycle where we went out and did a bunch of the stuff from The Wilderness but also kind of built in tunes from the Jack’s and Something Corporate catalogue and you find there’s a really cool thread ties all these songs together once you kind of strip them back to just the piano and some vocal harmonies and a little bit of additional keys which will be provided by my keyboard player Zack. So I think it’s gonna be fun, I think it’s gonna be a little bit of a free for all and I’m excited.

It seems with many artists that the songs are written acoustically and then built up but what’s it like stripping them back to their original state to perform?
Well I think it definitely does a thing where you can kind of connect to it in its original state, I mean obviously these songs have lives of their own once they leave the piano and enter a more produced space and I think once they kind of come back to that original state there’s a lot of memories that then comes with that and I think for me at least as the performer I’m by myself in the middle of one of these tunes and all of sudden you’re like oh my gosh and it triggers some memory about the time when it was written or what I might have been going through or what chapter of life I might have been in when the song came together. So I think there’s an element of nostalgia that plays out for me certainly, but I think there’s an ability to also dig a little bit deeper into the storytelling of these songs and communicate to the audience where I was coming from when I sat down at the piano and put them together.

So in reworking some older songs into an acoustic type vibe has that been a fun experience reinventing some of the old classics?
Yeah it definitely happens that way, for me I don’t do a tremendous amount of research in the sense of I’m trying to recreate the production or the vibe, so I think when I sit down and play these songs fresh, the older songs especially and just see where my hands fall and how I’m singing them I try not to be so precious about oh that was about that was the exact melody or that was the exact piano figure but instead you apply some of the perspective of years coming from that place into the place I’m in now. So yeah, some of the songs will take on a new life for sure.

What for you has been the most notable evolution in the way you write music over the years?
Well I think for me in recent years kinda starting with the last Jack’s Mannequin record I kind of became a lot more open to experimenting with the way I write songs, I definitely found myself inspired by going in to rooms with producers and like ok what if we try to write a song where we start with the beat first and then sort of lay piano on top on that and lay melodies and words while I’m kind of in the production space. I think the biggest evolution for me is getting comfortable in a room with other people and learning from other people and their craft and trying to develop mine in tandem with others as they sort of share their perspective on song writing with me, and I think that’s probably the biggest evolution especially on this last record I wrote the whole thing on my own at the piano which is the first time I’ve done that in a handful of years and I tend to find the best thing that I can do is just keep it fresh whether that means I’m writing alone or with a producer or another writer or experimenting with how I approach the piano playing or the melodies to keep it fresh and in my mind what keeps these records relevant and feeling fresh rather than necessarily re-treading old themes or sounds.

With ‘Zombies on Broadway’ out last year, do you have any projects in the works at the moment?
Yeah I mean I think I guess it will be right after I get back from Australia we’ll announce the release of the upcoming record, so I’m done with the album *laughs* the artwork is finished and everything is ready to go, they’re printing vinyl as we speak and there will be a brand new Wilderness record before the end of the year.

Well that’s exciting, I didn’t expect that so soon…
*laughs* Me either, it was sort of this happy accident where I had this little bit of time around the holidays and this past year where I was home and just got into this really prolific and inspired moment where I ended up writing a tonne of tunes and hooking up with my old friend Butch Walker and putting a record together sort of before I left for the last spring tour.

Working with Butch, amazing!
Oh god, I’m such a fan of his and we met when we were both collaborating on Tommy Lee’s album back in like 2005 and we share management and we have all these mutual friends and I’ve always sort of floated the idea of getting together with Butch to make an album and then when these songs came together so quickly I reached out and said come on let’s do this *laughs* and we had a blast. He’s such an amazing talent and a good human and a good spirit and was a great influence on the project. He’s got a great new album I don’t know if that’s for me to say or not *laughs* but he was working on new music while working on mine and I’m excited for everyone to hear what he’s been up to.

Are there plans for any more documentaries like you did with ‘Choke California’?
You know I don’t have anything in the works as we speak but I certainly love working to picture and I love working with film makers so I’ll take that as you putting the bug in my ear and try to come up with something here *laughs*.

Looking back was there one piece of advice you were given when you started making music that still sticks with you to this day?
You know I’ve regularly said that the best piece of advice I got was from my first A&R guy, a guy named Gary Ashley who worked at MCA and Gary said to me very early on because I was getting really hurt by early press I was getting and by reading comments by at that point were very early forms of message boards and he looked at me and said “you can’t read your own press, don’t read your own press whether it’s good or bad and don’t believe any of it, the good stuff will blow your head up, the bad stuff will take your confidence away and the best thing you can do is try to stay true to what you believe and make music that inspires you and kind of tune out the peripheral noise.” It’s a little trickier to do that these days with how instantaneously we’re fed information much more so than at the time I got that advice, but I do try and take it to heart and everybody’s entitled to their own opinion and I know I work in a subjective business where people are going to like or dislike the things that I do and I’ve tried really hard to not create a bubble or a vacuum or anything like that but just sort of put things aside and focus on what’s moving me at the moment when I work.

Lastly let’s look ahead to the future, finish this sentence for me, in 2019 Andrew McMahon will …
Be touring a brand new record.

In Australia again next year?
I’m certainly hoping so, part of the reason I decided to come out and do the acoustic shows was in hopes to tease out a proper full band tour over there, so that’s certainly the goal and I’m keeping my fingers crossed for an international run that includes Australia for sure.

An Acoustic Evening with Andrew McMahon In The Wilderness Show Dates

For tickets and more information: http://selecttouring.com.au/tours/andrew-mcmahon-in-the-wilderness/