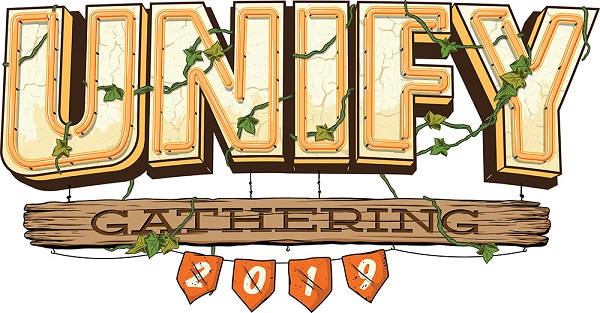 UNIFY Gathering are proud to announce the addition of four new acts to the already stacked 2019 lineup! Following the removal of I Killed The Prom Queen, UNIFY have added Every Time I Die (US) for a very special festival exclusive set, as well as Hellions, Saviour and Falcifer to the bill which now features 32 bands over two huge nights from January 11 to 13 at the brand-new site at Tarwin Meadows, Victoria.

Tickets on sale now from store.unifygathering.com

Every Time I Die will triumphantly return to Tarwin Lower in 2019. The Buffalo natives were recently bestowed with the honour of being the last band to play the final ever Vans Warped Tour, and before they touch down in Australia they will tour the US with Fall Out Boy before taking their caustic combination of savage metallic hardcore and pentatonic riff-laden classic rock on a headline tour with Turnstile (who will also appear at UNIFY 2019 for the first time).

Hellions may have just recently played UNIFY this year, but the fans have spoken. Due to insane demand Hellions will return to UNIFY in 2019 for a very special set that lands just in time for the release of their new album Rue (set for release on October 19 via UNFD). It was at UNIFY this year that Hellions unveiled the first single “X (Mwah)” in front of a frenzied capacity crowd at UNIFY 18 in what Australian Guitar Magazine called “a glorious haze of liveliness and grandeur”. Of this year’s performance, Depth Magazine said, “Hellions was a spiritual experience”, with Beat Mag adding “the crowd almost exploded”.

Perth’s Saviour will cross the Nullarbor this January to appear at UNIFY 19. The band have clocked up some serious kilometres this year supporting Australia’s best (and fellow UNIFY 19 lineup mates) In Hearts Wake and Dream on Dreamer. The band are on the cusp of releasing their fourth album this summer, and have shown us what’s to come via singles “Empty Skies” and “Headstrong”. In the lead up to the release, Saviour will set off on a headline tour in September before playing the big stage at UNIFY.

After the 2017 self-release of their EP Theta, Falcifer took their six tracks of battering, down-tuned misery and set about making a name for themselves as the heavy band to watch in their native Adelaide. In their short time together the band have shared the stage with Parkway Drive, Make Them Suffer, Polaris, The Acacia Strain and Cursed Earth and are looking to take the axe to the rest of Australia in 2019, starting with UNIFY 19.

The fifth instalment of Australia’s only heavy music camping festival will take place over two nights from January 11 to 13 at a brand-new site at Tarwin Meadows, in the wonderfully green pastures of Tarwin Lower in South Gippsland, Victoria, where the festival has called home since the beginning.

The new home of UNIFY is set across sprawling farm land with bush on one side and stunning views of the hills on the other. Surrounded by lush greenery, the festival site is only a 15-minute drive from the pristine blue ocean in neighbouring Venus Bay.

UNIFY Gathering is a proud supporter of YOUR CHOICE –  a music industry supported campaign initiated to address the growing cultural issues around behaviour and lack of personal accountability within Australian venues and event spaces. For more information, head to your-choice.net.au. 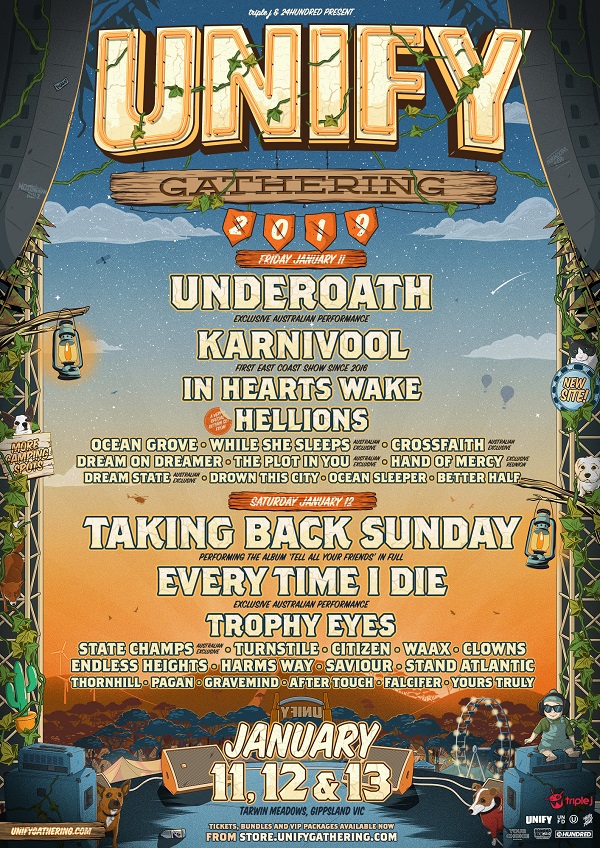