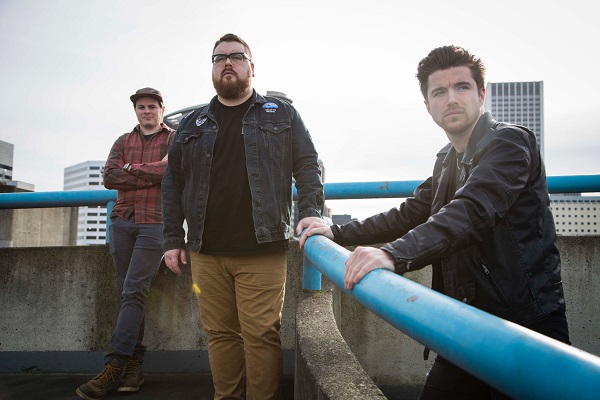 “We write great songs your mother will like and the person you are dating will think you are cool if you listen to us.”

From Bio – short and sweet: Respecting Roots, Indie Rock Band from Portland OR.

We teamed up with ReverbNation to share some talent with the world, check out Fleeting Few from Portland, OR, we dug their sound and found them very worthy of being one of our Best Things You’ve Never Heard!

Let’s start with the basics; for those that aren’t aware of you, can you please give us the abridged version of your story, and how you would best describe your music?
We met working together and the Apple store in Portland OR. Lately we’ve been describing our music as ‘Respecting Roots, Indie Rock’.

Can you now please introduce each band member including yourself and give us a rock ‘n’ roll fact or myth about each of you?
I’m David Masson (Guitar & Vocals), Nick Thomas (Bass) and Joel Swift (Drums). We are simple guys but the one myth I make up about Joel is that he was in rehab with Liam Gallagher.

In terms of your music and any releases, instead of giving us a standard review, let’s say if you had to give us your best door to door sales pitch to try and convince someone to listen to it before they slam the door in your face, what do you say to them?
We write great songs your mother will like and the person you are dating will think you are cool if you listen to us.

With your song writing, what do you consider to be the most important ingredients that make up one of your songs?
Having fun and enjoying what we are contributing to the song. Joel always says these two things. 1. It’s what’s best for the song. 2. Don’t bore us, get us to the chorus.

Are there current plans for any future releases you can give us the scoop on?
We put the 3 song EP together quickly spending the most of our time on ‘Kelsey’. Since then a lot more songs have been written and we have close to two hours of original songs we are chipping away at. We are working on what will be our next release and plan to have that out next year.

So what bands did you grow up listening to and how did they help create the style of music that can now be heard throughout your music?
Joel and I were heavily influenced by Fleetwood Mac growing up. Nick grow up on a wider range of 70’s rock and has big music collection. The main theme of the music we grew up on is that these are amazingly written songs and there is a story or meaning to it.

In terms of touring, here’s your chance to plug any upcoming shows, and for those that haven’t seen you, how would you describe a typical live show of yours?
We hit the road again in September, traveling the Pacific Northwest mainly. Our Live shows are relaxed, fun and beer drinking get off your ass type of event.

For a bit of fun, say you get the chance to open for any artist or band in the world, who would they be and why?
I would say ‘Fleetwood Mac’ because they are my idols and they mean so much to me. If Joel had his way he would say ‘The NightGame’. Secretly Joel wants to be best friends with Kirin from that band.

If you were to cover one song that no one would expect that you’d cover what would it be and why?
‘Let it Burn’ by Usher. No one would expect it but once we get into the chorus people would be freaking out because who doesn’t know that song!

Lastly, here’s a chance to grab a magic lamp and from it you are granted three wishes.  They are:
1. A long lasting career in the music industry.
2. Lindsey Buckingham to re-join Fleetwood Mac.
3. Money to fund this bands endeavours.