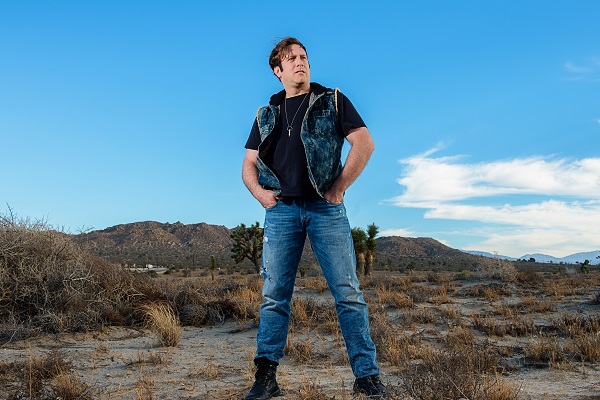 “What is most important for me is that it has to come from a place that’s real.  If it’s not authentic or contrived in some way, it shows.  Basic rule of thumb which has been said many a time before I am sure, “Bad for life, good for art.”  I have gotten pretty good at transforming pain into something worth listening to.”

From Bio: Brad Schecter was born in Inglewood, CA, USA. Growing up, Brad always knew he wanted to be a performer.  His music can best be described as progressive hard rock with a sizable piano presence.  He takes the personal and emotional nature of singer/songwriters and fuses it together with hard rock and metal. He was in the top ten on the charts of rock artists in Los Angeles on Reverbnation for 2 straight months!  He continues to be in the top 20 and has 5 songs now in curation on Reverbnation with “Red Moon Sky” being the latest addition! After playing in bands for most of his life, Brad decided it was finally time to release his own solo album filled with songs he has written since he was 15; Live Your Dreams.  This album chronicles the past 22 years of his life including the death of his father at age 16, his ongoing struggle with depression and anxiety, the recent estrangement of his mother, but most importantly, never giving up.  Although it took 22 years to write and realize his vision, it was not until recently that he finally felt like it was time to share his life story with the world.

We teamed up with ReverbNation to share some talent with the world, check out Brad Schecter who fronts Face of Stone from Los Angeles, we dug his sound and found him very worthy of being one of our Best Things You’ve Never Heard!

Let’s start with the basics; for those that aren’t aware of you, can you please give us the abridged version of your story, and how you would best describe your music?
Sure. I came from a musical family.  My father and 2 of my brothers were professional musicians.  I guess that’s why they tried to persuade me not to do it. I started taking piano lessons at 6 and transitioned to drums, voice, and finally guitar.  I was captain of my high school drumline, which really helped with my sense of rhythm and complexity. I released my debut album, “Live Your Dreams” a couple years back which I would describe as Progressive Hard Rock.  My new band, Face of Stone is a melodic combo of grunge, metal, and classic rock.

Can you now please introduce each band member including yourself, and give us a rock ‘n’ roll fact or myth about each of you?
Right now it’s just myself on vocals, and Marc Palmer on guitar.  We have musicians waiting in the wings once we start playing out.  Marc is the current lead guitarist for the seminal band, The Bus Boys. He’s not the original guitarist but continues to tour with them.  As for me, I have no relation to Schecter guitars.  I do play one though. Always get people asking me for a discount.  LOL!

In terms of your music and any releases, instead of giving us a standard review, let’s say if you had to give us your best door to door sales pitch to try and convince someone to listen to it before they slam the door in your face, what do you say to them?
I combine the very personal nature of singer-songwriter with the balls to the wall aggression and melodic nature of hard rock and metal.  I like the songs to be about something personal and have something important to say.

With your song writing, what do you consider to be the most important ingredients that make up one of your songs?
What is most important for me is that it has to come from a place that’s real.  If it’s not authentic or contrived in some way, it shows. Basic rule of thumb which has been said many a time before I am sure, “Bad for life, good for art.”  I have gotten pretty good at transforming pain into something worth listening to. 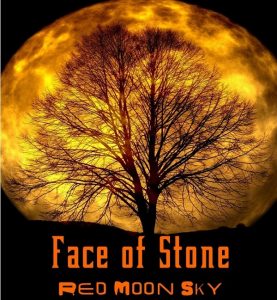 Are there current plans for any future releases you can give us the scoop on?
Yes. We just released our latest single, “Red Moon Sky” under Face of Stone in April.  We are currently working on a 6 song EP.  Once that is complete, we will begin playing shows.

So what bands did you grow up listening to and how did they help create the style of music that can now be heard throughout your music?
So many.  I grew up listening to a lot of classical and jazz thanks to my Dad.  My brother got me into classic rock bands like AC/DC, Pink Floyd, and Rush.  I definitely got my progressive influence from bands like Rush and Yes.  Then I got into heavier bands growing up like Megadeth, Iron Maiden, Slayer, Danzig.  Of course, both Marc and I are heavily influenced by grunge bands as well, namely STP, Soundgarden, and Alice in Chains.

In terms of touring, here’s your chance to plug any upcoming shows, and for those that haven’t seen you, how would you describe a typical live show of yours?
We do not yet have any shows scheduled.  But we will be planning a tour in the next 2 months. We are both high energy performers that like to get the audience involved.  You really have to be having a good time and bring the audience along with you.

For a bit of fun, say you get the chance to open for any artist or band in the world, who would they be and why?
That’s a tough one.  I don’t think there is anyone we would probably say no to.  STP would be a great band to open for though.  I also really like Avenged Sevenfold and Sixx A.M.  I love bands that are not only very melodic, but know how to capture an audience and have songs that are for everybody, not just for other musicians to appreciate.

If you were to cover one song that no one would expect that you’d cover what would it be and why?
Personally, I would love to cover “Mother, Father” by Journey.  It’s not a song that a lot of people know and I think it’s one of their best songs.   It’s the one heavy metal song they ever wrote.  They just didn’t know it at the time.  I would love to give it a healthy dose of metal!

Lastly, here’s a chance to grab a magic lamp and from it you are granted three wishes.  They are:
1. The ability to make my living solely from music.
2. Being able to sing well into my 80’s.
3. To make an impact on music that will continue long after I am gone.