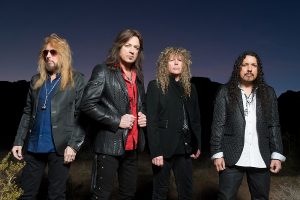 Established in southern California in 1983, multi-platinum crossover Christian metal band, STRYPER, continues to share their positive message and energetic stage presence with a passionate following throughout the world. Since the band’s inception over 30 years ago, the founding members have stayed true to their deepest convictions, turning from “the ways of the world” and following their hearts instead. “In the past 35 years, we’ve evolved into what we are now,” says vocalist and guitarist Michael Sweet. “This is what we always really wanted to be. I love the progression. The story of STRYPER is that of an underdog. We seem to go against the grain with everything we do, and our fans tend to be the same – They’re good hardworking people who believe in love, respect, and not conforming to the ways of the world.”

The members of STRYPER have proven themselves as metal stalwarts, leaving an indelible mark on the genre with each new release. With such hits as “Calling On You,” “Free,” “Honestly,” and “Always There For You,” STRYPER’s album sales now exceed over 10 million worldwide. Add to that one of the most successful Christian rock albums ever, 1986’s multi-platinum To Hell With The Devil, and the unique distinction of being the first band in history to notch two songs in MTV’s Top 10 with “Free” and “Honestly.”

Their latest album God Damn Evil sees the band offering up their heaviest release yet and immediately shows you that Michael Sweet and company have zero intentions of mellowing with age. The next two tracks, “Sorry” and “Lost”, are classic STRYPER anthems, but with a modern heaviness and edge that carries the band’s sound into the 21st century and beyond.“You Don’t Even Know Me” and “The Valley” are excellent follow-ups to the glorious title track, with the latter being a true example of how heavy doesn’t have to equate to “fast”. Later, “Can’t Live Without Your Love” showcases that Sweet can still write great ballads. While only time will tell, pound for pound, this very well and truly might be STRYPER’s best album yet.

The line-up still features three of the original members, including singer songwriter Michael Sweet, his brother and drummer Robert Sweet, and guitarist Oz Fox. Recently, the group welcomed iconic bassist Perry Richardson (formerly of Firehouse), who will be joining them on tour. “We’re excited about the next season of Stryper,” says Sweet. “We have the best fans in the world and the band is at the top of its game musically and spiritually. We look forward to seeing everyone on the road.”

The Yellow and Black Attack returns to Australia for the first time since 2010! 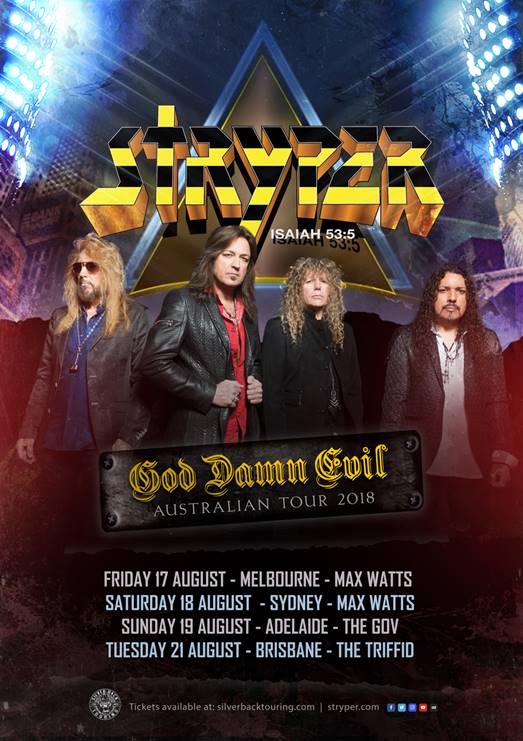