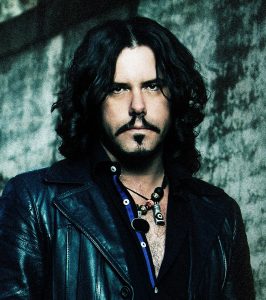 Jeff Martin, lead singer and guitarist of the iconic Canadian band, The Tea Party, has announced that he will hit the road this June for an extensive 19 Date solo acoustic tour across Southern and Eastern Australia that will see Jeff return to some of his much loved venues as well as playing some towns never visited before. The ‘Stars in the Sand’ tour will bring an exciting element for fans and will coincide with the release of Jeff’s first EP in 2 years which will be available to purchase exclusively at these shows. The ‘Stars in the Sand’ EP will feature original compositions and some previously unreleased with Moroccan musings, some of which were recorded in Morocco where Jeff led a musical odyssey with local musicians and fans in 2015.  The Stars in the Sand tour will feature tracks off the new EP along with fresh additions to the set list and will be a powerful musical journey not to be missed.

“I’m particularly thrilled to change up my solo show and give my audience something different. I’ll be incorporating new songs and playing a couple of Moroccan inspired songs from the EP available only at the shows”… Jeff Martin..

Jeff Martin’s reputation as a world renowned live performer is well known and he has been labeled everything from “child prodigy”, “virtuoso guitarist”, and a “singer with perfect pitch”.  Jeff formed The Tea Party with his lifelong friends, Stuart Chatwood and Jeff Burrows in 1990 after many years of playing in bands together throughout their childhood. With a career spanning over 20 years , 8 major-label releases and 4 million record sales later The Tea Party have successfully gained the attention of fans on a worldwide level, as well as touring a countless number of times throughout Canada, the United States, Europe and Australia.  Much of the band’s success can be attributed to their phenomenal stage presence and impeccable artistry and musicianship with a wide variety of instruments and sound textures; the trio’s sound draws heavily on the rock and blues of the 1970s, as well as displaying some psychedelic influences with elements of Middle Eastern, Celtic and Mediterranean music.

In addition to his incredible career with The Tea Party, Jeff has carved out a distinctive and successful career for himself as a solo artist, various other side projects and as an acclaimed and highly sought after producer.  His life has vastly been an exquisite journey immersing himself in many cultures, and learning to play the traditional instruments from those cultures from the masters of the craft… in particular the Middle East, and sub continents of India. His home and studio are filled with ancient instruments he’s collected in his travels- all of which he plays fluently.

Jeff Martin’s unique life path, musical etymology and output have placed him in a high caliber as a singer, songwriter, multi-instrumentalist and producer while garnering acclaim from music industry stalwarts. A Jeff Martin show is one that moves the audience to realms like no other and many have likened his acoustic shows as ‘a religious experience’ that stays with them forever.

‘STARS IN THE SAND TOUR’

Tickets on Sale now from www.jeffmartinofficial.com