THE GASLIGHT ANTHEM Mark ‘The ’59 Sound’ with New Companion To Classic LP, Out June 15 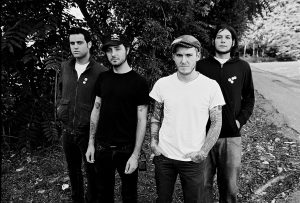 The Gaslight Anthem has unveiled further plans commemorating the 10th anniversary of their landmark second studio album, THE ’59 SOUND. The New Jersey-based rock ‘n’ roll band will mark the momentous occasion with the release of THE ’59 SOUND SESSIONS, a new companion to the classic LP featuring nine rare and previously unreleased songs as well an all-new 60-page booklet. THE ’59 SOUND SESSIONS will be available digitally and physically as CD, LP, and Limited Deluxe Photobook LP via SideOneDummy Records on Friday, June 15.

THE ’59 SOUND SESSIONS is highlighted by the first-ever release of songs recorded in the months before entering the studio for THE ’59 SOUND itself, among them nascent versions of album favorites like Great Expectations, Miles Davis & The Cool and the milestone title track alongside such rarities as the previously-unheard Placeholder, Our Fathers Sons (last heard on The Gaslight Anthem’s 2011 iTUNES SESSION), and a singular cover of the folk traditional, “God’s Gonna Cut You Down,” made famous by artists including Odetta and Johnny Cash.

“The journey a band goes through is complex,” says The Gaslight Anthem’s Benny Horowitz in THE ’59 SOUND SESSIONS’ accompanying Photobook. “We were perpetually on the road and in a state of constant motion. I can’t think of a better time to try and create the most significant thing of your life when it was the most significant time of all our lives. I’m so happy to share this moment of our existence.

Released by SideOneDummy Records on August 19th, 2008, THE ’59 SOUND officially saw The Gaslight Anthem break out as one of the most electrifying groups, marrying their punk roots with classic FM radio scale to craft a soulful and exhilarating vision of American rock ‘n’ roll. Songs like Old White Lincoln, Great Expectations and the worldwide smash title track proved transcendent modern rock classics, fueled by heroic hooks, huge choruses, and lead vocalist-guitarist-songwriter Brian Fallon’s masterful chronicles of love, loss, and the broken hearted, of summers gone and dreams still to be met.

THE ’59 SOUND earned The Gaslight Anthem rapturous reviews around the world. “THE ’59 SOUND is an answer to a prayer,” enthused Pitchfork. “When the guitars turn into chorus-firepower, it just kills because it’s been so long since we’ve heard anyone pull that off with such panache.” “Wearing their influences as badges of honor,” wrote Q, “the New Jersey quartet blast out affecting, soulful punk rock strewn with bittersweet memories of small-town blue-collar America.” Perhaps PopMatters said it best:“Oh hell, the whole damn thing is great!”

The Gaslight Anthem’s fifth and final studio album, GET HURT, made top 5 chart debuts in both the US and the UK upon its August 2014 release via Island Records. The band made its last live appearance at the UK’s Reading Festival on August 30th, 2015. 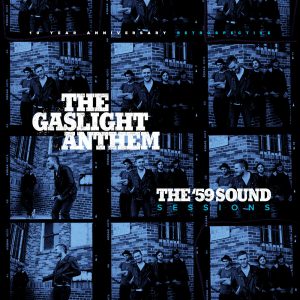