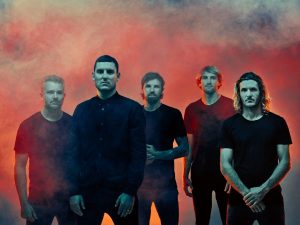 Byron Bay’s Parkway Drive have announced an Australian tour in support of their sixth studio LP,  Reverence. Accompanying them on the seven date run will be American metalcore giants Killswitch Engage and fellow countrymen Thy Art Is Murder.

Today’s tour announcement follows news that Reverence achieved #1 position on the ARIA chart  – their fifth ARIA top ten debut and second consecutive #1- placing them in esteemed company alongside some of the biggest Australian bands of all time.

Tickets on sale Thurs May 24

“Stunning and brilliantly executed”- The Weekend Australian, Sophie Benjamin
“A monumental album” – Stack Magazine, Zoe Radas
“One of the most compelling metal albums of the year” Kerrang
“Holy fuck, what an experience” – Wall Of Sound, Paul Brown

Reverence is Parkway Drive’s most sonically adventurous album and the most personal from the Byron Bay group. With its barrage of heart-shredding anthems, the album was closely informed by a series of tragedies the band had endured over the past few years, including the untimely loss of two loved ones.

Produced by longtime Parkway Drive sound engineer George Hadjichristou, Reverence arrives as the follow-up to 2015’s IRE. In addition to broadening the band’s sonic palette, Reverence offers up some of Parkway Drive’s most devastating songs yet.
Along with McCall, Parkway Drive features guitarists Luke Kilpatrick and Jeff Ling, bassist Jia O’Connor, and drummer Ben Gordon. Formed in Byron Bay in 2002, the band has released six studio albums, all on Resist Records: Killing with a Smile (2005), Horizons (2007), Deep Blue (2010), Atlas (2012), IRE (2015) and Reverence (2018). Parkway Drive have also released two platinum-selling DVDs; 2012’s Home is for the Heartless and 2009’s Parkway Drive: The DVD. 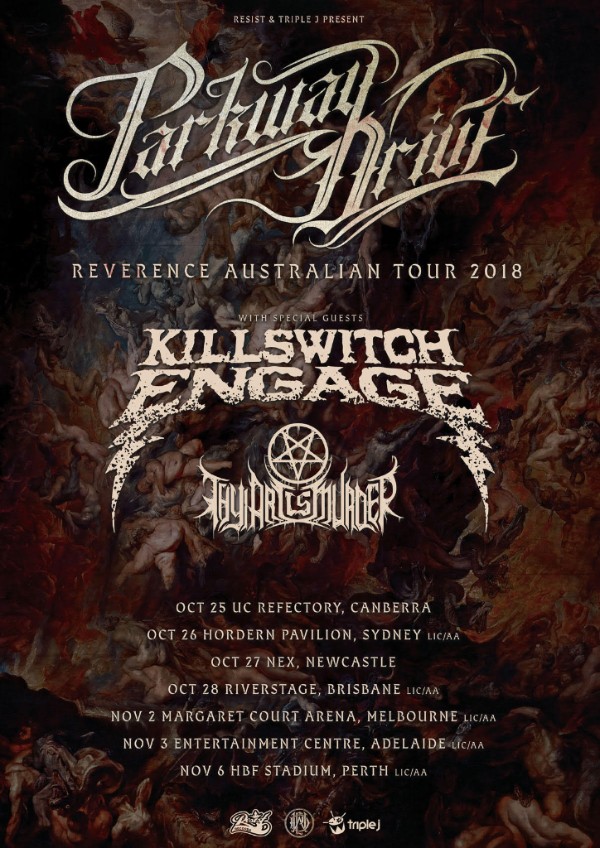