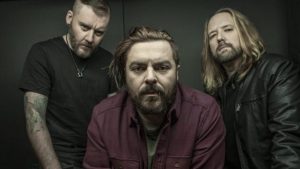 On the back of their heaviest album to date, SEETHER are intent on blasting the roof off with equal measures of ferocity and purpose. This is a band that knows how to connect with an audience, whilst delivering all the blood, sweat and sheer musical brutality that transports fans to a state of nirvanic rhapsody.

SEETHER’s existence itself is an act of rebellion, weaponized to cut through the noise with truth telling clarity and undeniable authenticity. “We want to bring back musicality, playing loud, and the importance of having something to say that you can stand behind,” declares SEETHER front man/co-founderShaun Morgan. “It’s about honesty in your music.”

WATCH: LET YOU DOWN (Official Video

SEETHER are not your bog-standard riff-mongers. This is a multiplatinum rock anthem machine whose live performances are armed with soaring guitars and monster melodies delivered with an atmospheric crunch that will leave fans blissfully drained.

As well as killer tracks from Poison The Parish such as “Stoke The Fire” and “Let You Down”, fans will be treated to veritable hit parade of classic SEETHERincluding “Broken”, “Fake It”, “Rise Above This”, “Fine Again”, “Gasoline” and “Remedy”.

With power and grace, these descendants of Nirvana, Alice In Chains and Soundgarden continue to create modern, urgent and memorable music fifteen years into an illustrious and highly successful career. Relentlessly hard working, creating something of value and meaning is nevertheless SEETHER’s north star. “Give something to people,” Morgan says. “Make people’s lives better in some way. That’s really the point.”

“uplifting and celebratory… Hands raised, mosh pits opened, and songs sung until voices ran raw, the occasion drew smiles from both band and fans alike. Masterful songwriting gelled with a sound that can either break your bones, or mend the heart, all married to a live performance that reaches right down inside whether you’re front row, in the shadows, or the rafters above. Seether prove, once again, why they are one of the most important hard rock bands out there today.” Metal Wani 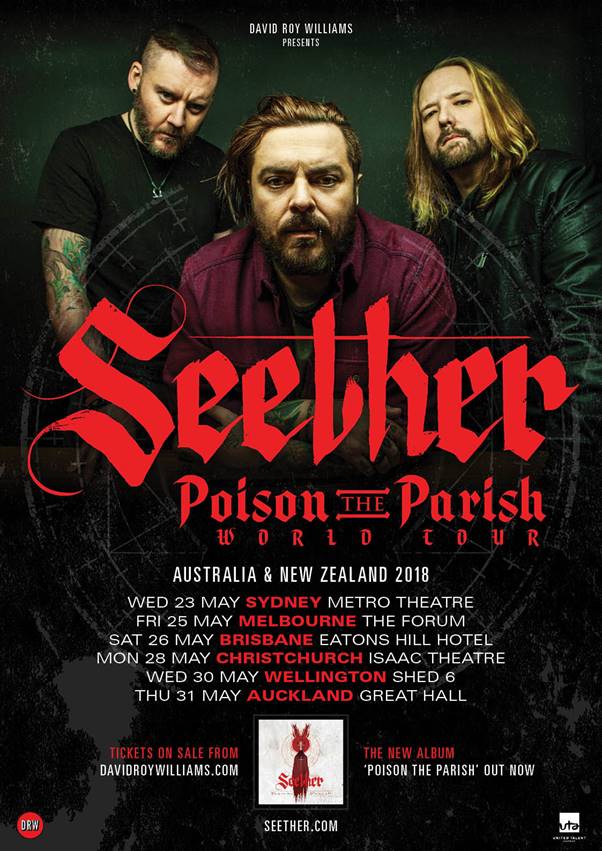