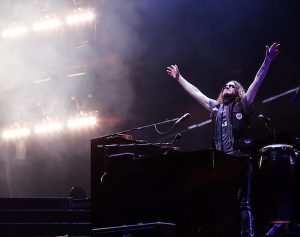 Launching his album in Sydney with one Australian show only, Dizzy Reed will be performing at Frankie’s Pizza on Sunday, 18 February, with support from local artists including The Kids, who will launch their debut single, School, that night.

Due to popular demand globally, Guns N’ Roses keyboardist, Dizzy Reed, has also announced that the release of his 2018 debut solo album, Rock ‘n Roll Ain’t Easy, will now be made available on digital platforms worldwide via Golden Robot Records on Friday, 16 February, the same day as the scheduled physical and digital release in Australia, NZ and Japan.

Rock ‘n Roll Ain’t Easy is 12 tracks of rock (or 13, if you download the digital version, which comes with a bonus track!) with Reed uniting with fellow members of Guns N’ Roses, along with some other greats, including players from W.A.S.P., Quiet Riot, Psychedelic Furs, Thin Lizzy, No Doubt, The Replacements, Queens of the Stone Age, and more.

About Dizzy Reed
Born in Hinsdale, Illinois and raised in Colorado, Dizzy started his musical journey in early childhood. His grandmother, who lived in the apartment above, played the organ, teaching him on her Lowry.

Growing up, Dizzy was exposed to his father’s love of Booker T and the MGs, and once young Dizzy realised that was the same instrument he could play, he was hooked. By the age of 12 he was touring with his band. Other early influences were John Lord, Gregg Rolie, and Grand Funk Railroad.?In 1985, Dizzy moved to Los Angeles, where a wild, rich musical scene was hitting its stride.

While rehearsing in a Hollywood practice room, Dizzy befriended Axl Rose, and in 1990 he joined Guns N’ Roses on keys, percussion and backing vocals. In 2012, Dizzy was inducted into the Rock n’ Roll Hall of Fame as a member of the band. He has also toured with the Psychedelic Furs and has recorded and written with supergroup The Dead Daisies, as well as singing lead vocals with his side project, Hookers and Blow.

Dizzy is a father of four and lives with his New Zealand-born wife, Nadja, in LA. On surviving and flourishing in rocks ‘sharky’ waters, he says, “Never stop learning and exploring, but don’t forget what you do best. Stick to your guns.” 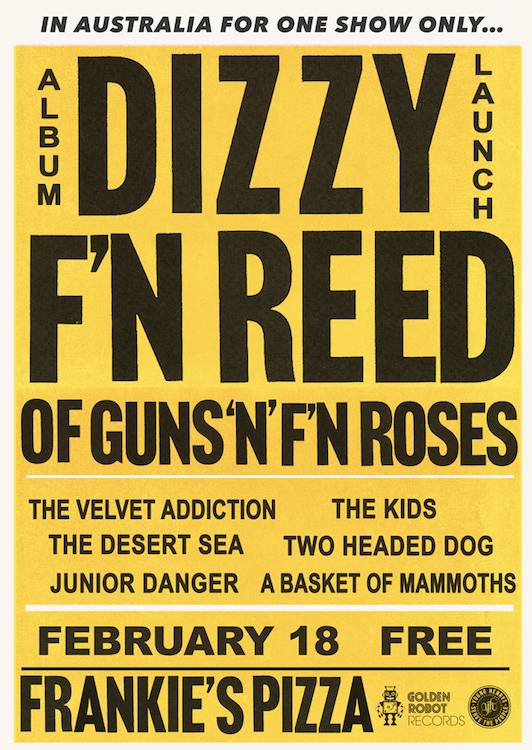