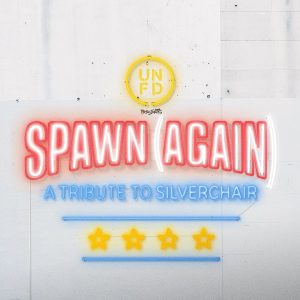 Tonight Alive have released “Without You”: the third single from Spawn (Again): A Tribute To Silverchair, set for release on November 17 via UNFD.

Created with the blessing of Silverchair’s team, Tonight Alive join acts like The Amity Affliction, Northlane, In Hearts Wake and Ocean Grove putting their spin on classic Silverchair hits from their stellar discography.

Tonight Alive frontwoman Jenna McDougall says it was an honour to record “Without You”, as Dioramahas a special place in her life.

“I was hugely inspired by Silverchair’s Diorama as a young teenager. I knew every vocal and musical intricacy of the record and would jam it front to back on the weekends with the previous singer of our band. ‘Without You’ has a special place in my heart for that reason and the full circle of recording our own version of it was a privilege.”

Spawn (Again): A Tribute To Silverchair is out on November 17 via UNFD.
1. The Amity Affliction – Tomorrow
2.Void of Vision – Israel’s Son
3. In Hearts Wake – Freak
4. The Brave – Cemetery
5. Northlane – Anthem For The Year 2000
6. Hands Like Houses – Ana’s Song (Open Fire)
7. Ocean Grove – Spawn (Again)
8. Storm The Sky – Emotion Sickness
9. Tonight Alive – Without You
10. Columbus – Straight Lines
Spawn (Again): A Tribute To Silverchair is available for preorder at 24Hundred and iTunes.
Share this post on: Share on FacebookShare on Twitter
Tags silverchair Tonight Alive UNFD