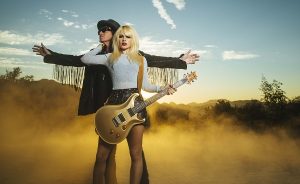 Richie Sambora and Orianthi are joining forces for a new, genre-spanning musical project under the name RSO that sees these two platinum-selling singer-songwriters and world-class guitarists teaming up as a duo and will be touring Australia’s east coast in January 2018.

American rock icon and Songwriters Hall of Famer Sambora (who has sold over 130 million albums worldwide and has co-written over 20 Top 40 hits and 11 Top 10 hits) and Australian guitar virtuoso Orianthi (who has shared stages with the likes of Michael Jackson, Santana, Prince, ZZ Top and was the first female member of Alice Cooper’s band) have both written chart-busting singles, toured the globe extensively, collaborated with superstar artists, and released three solo albums each. Now, RSO is the next chapter for these celebrated artists – stay tuned for much more to come!

RSO displays the undeniable chemistry that Sambora and Orianthi have onstage and off as both a real-life couple and creative partners.

They self-describe their journey as “a true Bonnie and Clyde rock and roll kind of story,” instantly connecting four years ago in Hawaii when Orianthi was performing with Alice Cooper, and then traveling around the world writing and recording together.

The September 2017 release of the five-track Rise EP (BMG) is the first taste of the versatility that is at the heart of RSO, encompassing elements of rock, blues, pop, R&B and country. The harmonious blend of Sambora and Orianthi’s voices and guitars is front and center on Rise, putting a fresh spin on male-female duets.

RSO has everything from rocking stadium-fillers like the roaring title track “Rise” to heartfelt tunes like the piano-driven ballad “Truth” to bright, country-infused songs like “Good Times.”

RSO will be joining the cream of the Aussie rock industry, Jimmy Barnes, Diesel, Richard Clapton, Ash Grunwald and Dallas Crane will round out this first class Under the Southern Stars lineup.

Don’t miss a rare opportunity to see this top tier calibre of talent in a stunning coastal setting. The quintessential Australia summer experience is filled with family, friends, good food and great live music and this festival has raised the bar.  Under the Southern Stars is the perfect holiday festival!

UNDER THE SOUTHERN STARS 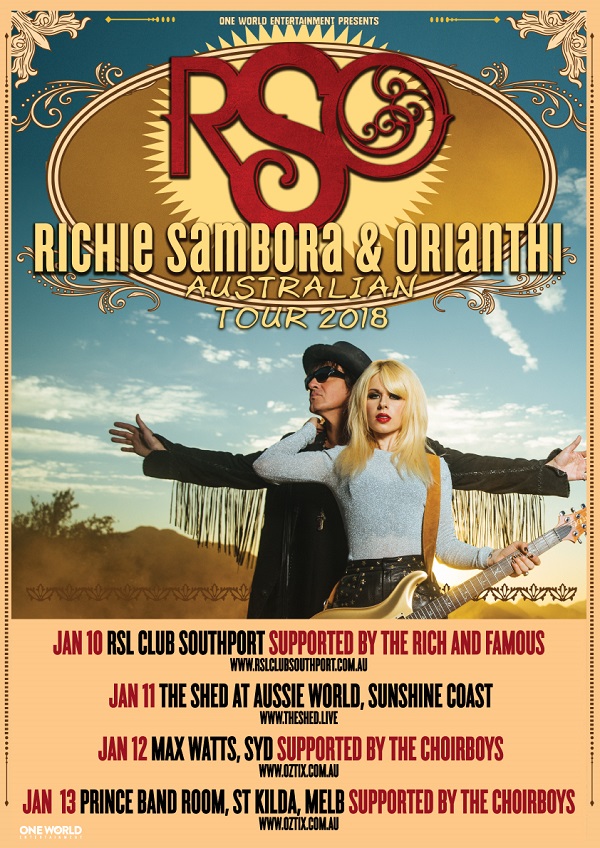