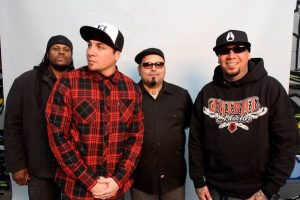 Boom! Here comes the Boom! With over 12 Million Records sold Worldwide American hard rockers P.O.D. make their triumphant return to Australia for their first headline tour since 2002 to perform highlights from their hugely successful album Satellite – “Alive”, “Youth Of The Nation”, “Boom”, “Satellite” and plus other Hits

Their most successful Album Satellite reached Platinum status in Australia and Gold in New Zealand. The album produced four singles “Alive”, “Youth of the Nation”, “Boom”, and title track, “Satellite”.

“from the heart about school shootings, losing parents, and being truly alive” (Spin)

‘’P.O.D. pulled the trigger on the night with a performance of classic proportions’’ – Shakenstir.co.uk

Don’t miss your chance to see P.O.D. blow audiences away down under this April as they perform Highlights from Satellite plus other Hits. 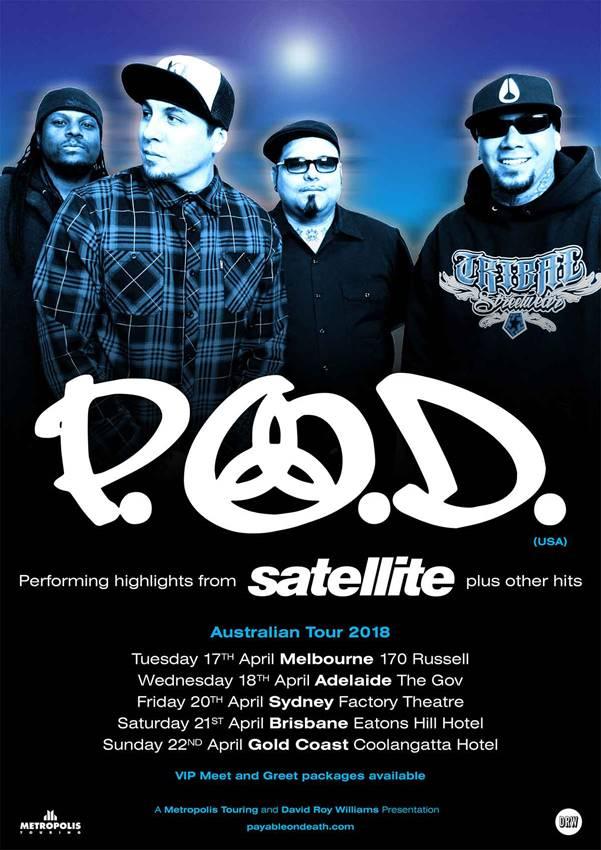