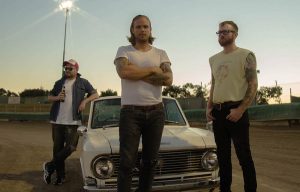 Adelaide’s proudest rock’n’roll flag bearers GRENADIERS are primed to release their hard-won third LP ‘Find Something You Love And Let It Kill You’ on November 10.

This news follows the release of driving single ‘Suburban Life’ earlier this year, which The Music described as “a big buoyant song with a vintage sheen.”  Lovers of straight-up, honest Australian rock can pre-order this red hot independent LP now at grenadiersband.com.

This record has been a long time coming. A series of recording sessions. A mixing debacle. Financial woes. The usual headaches faced by an independent band, turned up to 11. Ever the no-bullshit frontman, Jesse Coulter rounded it all up perfectly…

“At one point I wanted to call the album “Dentistry” because the whole thing was like pulling teeth. Like passing a kidney stone the size of a fucking basketball. But we got there. It’s done. And now we’re going to put the thing out, and that feels GOOD.”

The resulting album mines the crisp but gritty sounds of classic rock records, with the lads’ suburban punk and hardcore roots front and centre. It boasts challenging and acerbic themes, wrapped snugly in a veneer of straight-up, raucous rock’n’roll. There’s a little tongue-in-cheek (‘Drunk & Broke’), a little sarcasm (Live Fast, Diabetes’), and a lot of fun. Brisk, brash and anchored by Jesse Coulter’s unmistakable whiskey’n’smokes growl. Seven years in the game and Grenadiers are firing.

‘Find Something You Love and Let It Kill You’ is undeniable evidence that Australian rock is as alive and kicking harder than ever. And that’s not all! There’s a swag of tour dates and a dynamic new single to come real soon. So don’t listen to the false facts coming through your TV screens; listen to Grenadiers. 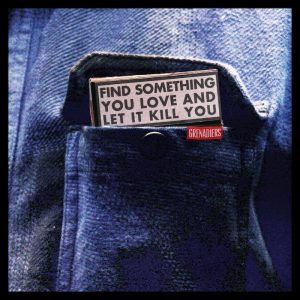 GRENADIERS
FIND SOMETHING YOU LOVE AND LET IT KILL YOU