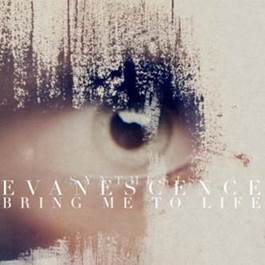 SYNTHESIS will feature a re-imagining of some of EVANESCENCE’s best-loved songs with the spotlight on full orchestra, electronics combined with the band and Amy Lee’s virtuoso piano and voice. The band released the first taste of the album with a stunning new reworking of the band’s biggest hit, ‘Bring Me To Life’.

Australia holds a huge fan base for EVANESCENCE with the band with having an excess of 700,000 ARIA accredited album sales over their career so far.

The group also announced their “Synthesis Live” tour in North America which will begin on October 14; combining their intense live performances and timeless songwriting with a powerful live orchestra, the group will truly deliver a transcendent concert experience.

“This is a total passion project for me. There are so many layers in our music, underneath the huge drums and guitars,” explains Amy Lee of EVANESCENCE. “I’ve always wanted to shine a light on some of the gorgeous David Campbell arrangements and programming elements in our songs, and that idea snowballed into completely re-doing them with full orchestra, not just strings, elaborate programming and experimentation. This will be our first time touring with orchestra and I’m so excited to perform this way-really focus on the vocals, and the emotion and the story we’ve built over the years. I’m also really excited about the new material on the album. Besides the two new songs, there are some really beautiful instrumental in-between moments. The whole thing flows like a big, dynamic soundtrack.”

The two-time, GRAMMY® Award-winning group is currently in the studio finishing the new album with producers Will Hunt and orchestra arranger and composer David Campbell. In addition to the re-imagined catalog songs, the forthcoming SYNTHESIS album will feature two new EVANESCENCE songs.

2017 promises to be the biggest year for EVANESCENCE yet.