MUSE return to Australia this December 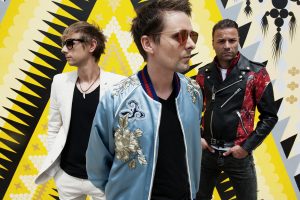 Frontier Touring and Triple M are delighted to announce the return of Muse to Australian shores this December. Known as one of the most exciting live acts of all time, the band will be playing arenas in Melbourne and Sydney for the first time since 2013, playing Sydney’s Qudos Bank Arena on Saturday 16 December and Melbourne’s Rod Laver Arena on Monday 18 December.

‘A jaw dropping extravaganza… An evening that sets new standards for the possibilities of arena rock.’ – The Independent (UK)

‘Thrilling, theatrical and technically flawless, this was stadium rock of the highest quality from Muse, masters of musical destruction’ – The Standard (UK)

Muse is Matt Bellamy, Dominic Howard and Chris Wolstenholme. Their latest album Drones, released in June 2015, debuted at # 1 in 21 countries around the world and was the trio’s first #1 album in the United States. Featuring hits including ‘Dead Inside’ and ‘Psycho’, Drones was Muse’s third album to reach #1 on the ARIA Album Chart, while their The 2nd Law album debuted at #2 on the ARIA Album Chart upon its release in 2012. The video for Muse’s latest single ‘Dig Down’ has gathered more than 8.4 million views since its release earlier this year, and was added to triple j.

Other hit singles include ‘Starlight’ and ‘Supermassive Black Hole’ from their Black Holes and Revelations album whilst The Resistance featured the ‘Uprising’ and global smash ‘Undisclosed Desires’.