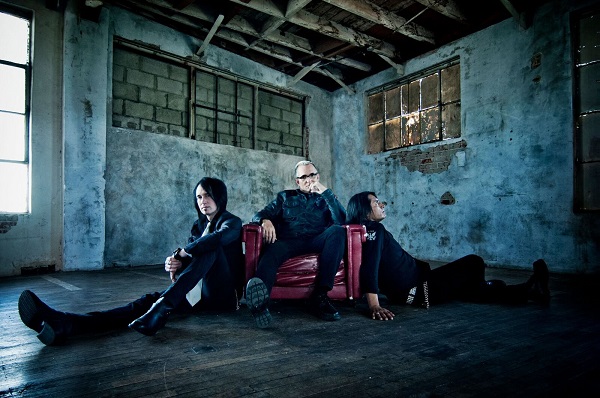 “Yeah I think there are always people where the first thing they hear from a band is all they ever like, and there are people like “they were so much better last time” that didn’t give ‘Afterglow ’a chance, but the majority of our fans got what this record was about, it’s very dramatic, it’s very cinematic and had a lot of textures…”

From release: For over two decades, Everclear’s sound has reflected the rock, post-punk and singer/songwriter influences of Art Alexakis, including acts like X, The Replacements, Pixies, Bruce Springsteen, Tom Petty, and Elvis Costello.  Everclear found success with their first three albums on Capitol Records, Sparkle and Fade, So Much For The Afterglow and Songs From An American Movie Vol. One: Learning How To Smile, which were all certified platinum.  In 2015 the band released their ninth studio album titled Black Is The New Black via The End Records/ADA. So Much For The Afterglow is the album that quickly won over listeners with its trademark combination of melody, rhythmic energy, evocative lyrics and thundering guitar crunch.  It remains a beloved fan favourite and continues to inspire new generations of musicians & music lovers today.

We gave our old mate Art a call to talk about Everclear’s return to Australia in celebration for the 20th anniversary of ‘So Much For The Afterglow’, memories of the album, new music, touring, solo albums and much more…

It’s been a couple of years since we last chatted, so let’s catch up. How have the last two years been for you?
They’ve been pretty good, man, I’ve just been working and had some back issues and got some surgery but doing really good now. Just got off the ‘So Much For The Afterglow’ 20th anniversary shows that we did in The States and it was the biggest, most successful tour we’ve done in almost twenty years, it was great.

So of course we’re here because you’re heading back to Australia to celebrate the 20th anniversary of ‘So Much For The Afterglow’ and you’ll be playing it in its entirety, what was it like going back and essentially relearning and revisiting songs you may not have played for years and that were written in a much different time in your life?
Well yeah, it was a trip, I mean all the hits came from that album and some fan favourites from that album, but there a lot of songs we don’t play that often a couple of songs we never played like a song called ‘Why I Don’t Believe In God’ which we now do up on stage with an acoustic twelve string and that’s pretty cool, we’ll be playing that when we come down, we’ll be playing all the songs off the record ‘Local God’ of course which of course they put on the Australian release, but yeah it’s a trip playing a lot of these songs, it’s fun, it’s like having new songs in our repertoire that are pretty familiar but I had to relearn them and sit down with them for a couple of days.

Set wise, what else can we expect on the night, have you figured out how these shows will be structured?
We come out and we do side one from ‘Afterglow’ and then we stop and we’ll do some other songs, and stuff off our first album, maybe four or five songs and then we’ll do side two from ‘Afterglow’ and then we come back and do all the hits ‘Wonderful’, ‘Santa Monica’ and all the other hits, a couple of fan favourites like ‘Local God’, it’s a long show.

So let’s jump back to when you released ‘So Much For The Afterglow’, what do you remember about releasing it?
When we released the record it was interesting, it wasn’t a huge hit right away, it was pretty successful because we were coming off the success of ‘Sparkle and Fade’, but it was a little different and I think it just took people a minute to get it. ‘Everything To Everyone’ was the first single in The States and that did really well it went to number one pretty quick and stayed there for a while. But the thing about ‘Afterglow’ in The States, it was never a top ten album only towards the end of the album with ‘Father of Mine’ we did a version that was more acoustic with beats and stuff that went to pop radio, but until then it was always in the twenties, like other albums would come out and sell and then just go away and we just kind of stayed selling about 30 – 50,000 records a week for about two years and that was kind of the success for the record. It had so many songs on it that people wanted to hear, constant airplay, we just toured it incessantly.

What do you think it was about the album that people just attached to? Was it maybe the fact it was a little different with each song that was released?
Yeah I think there are always people where the first thing they hear from a band is all they ever like, and there are people like “they were so much better last time” that didn’t give ‘Afterglow ’a chance, but the majority of our fans got what this record was about, it’s very dramatic, it’s very cinematic and had a lot of textures but this is the album I had to prove myself on because coming back from the success of the first record when everyone wants to call you a one hit wonder and talk a lot of smack but I just hit them back and I wrote a song called ‘One Hit Wonders’ just to shut them up. It was our way of saying F.U. to people *laughs*

So we had ‘Black is The New Black’ out in 2015, are there currently any plans for new music soon?
I was out of town a week or so ago doing shows an now I’m home and working in my studio that I just built in my house and I’m going to go and make a solo record, just me and a guitar, maybe some other instruments here and there but whatever it is I’ll play it and sing it. It’s something I always wanted to do but never really did because doing a solo record with musicians is what I do with Everclear, so it wouldn’t be that different but this is going to be different. I’m really looking forward to this because it’s gonna be a challenge and it will be fun.

In terms of touring what does the rest of the year have in store for you?
Well we’re doing a bunch of shows this summer in the States and after Australia we’re gonna play New Zealand as well and then we go to Japan for a couple of dates and then we come home and do some more shows until the end of the year and when I’m home I’ll be working on finishing my solo record which I want to have out next year, don’t have a date for it. So what we’re doing right now I’m just happy to be home and working and doing something different and chatting every night but by the time I get down to Australia I’ll be ready to go again after having a break.

You have been back to Australia a few times now in the last few years after that big break, can we expect to see you constantly now?
Well since 2012 I’ve been there three times and it’s gonna be four times after this run, but yeah we didn’t come back for a while and I wish we had because it seems we had a really good fanbase built up and now I kinda have to start back from scratch but just come back and reintroduce myself to a bunch of new people and it is what it is, and I’m excited to get back and I’m bringing my wife and my daughter with me so it’s gonna be fun.

So over time obviously things change but what would you say is the one thing that’s stayed the same in your time making music?
I think my sense of my personality has changed and life has gone on as I’ve gotten older and more patient but I think I still have that same tenacity and same ability that it takes to do something creative. I think I have a better outlook on things but I think I’m the same guy where if something isn’t the way I want it to be I make it the way I want it to be but I’m still kind of like that and that can be a pain in the ass to people who want to do it their way but if you’re playing in my house you’re gonna play things my way and I think that’s what Everclear fans have always wanted, they want me to be me and that’s it.

Lastly let’s look ahead to the future as always, so finish this sentence for me, by the end of 2017 Everclear want to?
By the end of 2017 Everclear wants to take a break *laughs* we’ve got shows all the way until Christmas right now and I know we have shows in January as well and hopefully the solo tour will come out. We’re just having a blast right now and with the ‘So Much For The Afterglow’ tour down there but so many people who didn’t know that we were still around I don’t know why because we’ve been touring pretty constantly, but you know I think that album just has really connected with so many people in such an intimate way that I think people wanted to go back and get reconnected with that and it was so much fun to do.