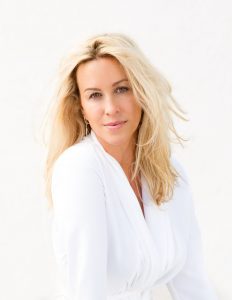 PIn a massive coup, it can today be revealed that prolific singer-songwriter-musician, ALANIS MORISSETTE, will return to Australia to play two exclusive dates in January. Alanis will spend an evening at Melbourne’s stunning Palais Theatre on Tuesday 23rd January, followed by the ICC Sydney Theatre on Wednesday 24th January.

Since 1995, Alanis Morissette has been one of the most influential artists in contemporary music. Her groundbreaking debut release Jagged Little Pill, described as “era-defining” by Billboard, garnered nine Grammy Award nominations, winning five including the coveted Album of the Year. The record topped charts around the world and sold in excess of thirty-three million units, making Alanis the first Canadian to ever achieve double diamond status. Twenty-two years on, it is still one of the biggest-selling albums of all time.

Five eclectic and acclaimed albums followed, firmly cementing Morissette’s place in the world music psyche; Supposed Former Infatuation Junkie (1998), Under Rug Swept (2002), So-Called Chaos (2004), Flavours Of Entanglement (2008) and 2012’s Havoc And Bright Lights. Additionally, Morissette released a swathe of unplugged, movie soundtracks and live albums, along with live DVD’s during the late-90’s and 2000’s, some of which include “The Chronicles of Narnia,” “Prince of Persia,” and “City of Angels.” Alanis has also acted on the big and small screen. In 2015, Alanis was inducted into the Canadian Music Hall of Fame.

Outside of entertainment, she is an avid supporter of female empowerment, as well as spiritual, psychological and physical wellness. She has contributed her writing to a variety of outlets and forums, and participates in worships, special speaking engagements and keynote speaking worldwide.

Alanis has also donated her time to a number of causes that help raise awareness and funding on a number of issues including Equality Now which benefits international human rights, Music for Relief, UN Global Tolerance for which she was honored for her contributions for promoting tolerance through the arts, “Every Mother Counts” CD for which she contributed her song “Magical Child” to help prevent needless maternal deaths, and P.S Arts which has worked tirelessly to provide access to the arts through in-school programs to thousands of children in some of the most under-served neighborhoods in California. Alanis has also been outspoken on the issue of home childbirth, its benefits and challenges for mothers across the world.

In 2016, Alanis launched Conversation with Alanis Morissette, a monthly podcast that features conversations with a variety of revered authors, doctors, educators and therapists, covering a wide range of topics including psychology, art, spirituality, health, well-being and relationships. She is currently working on new music and penning a book.

Playing limited North American shows this year, Alanis Morissette’s exclusive Australian shows are one-offs and absolutely not to be missed. Australia, get ready to experience one of the most influential, awe-inspiring artists of the 90’s and 00’s.