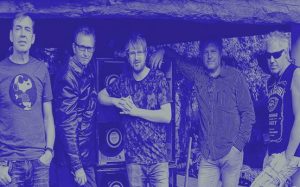 80’s Celtic rockers BIG COUNTRY bring their energy infused, foot tapping vibes back to Australia & New Zealand in March 2018. As an extra treat for their fans down under they will perform their classic debut ‘The Crossing’ in full, plus a Special Encore of Greatest Hits.

“The audience were singing their hearts out, jumping around and living every moment to its fullest” – The Music

‘The Crossing’ was a Top 20 album in Australia and Top 10 in New Zealand spawning the chart hits – In A Big Country, Fields of Fire andChance. To quote Rolling Stone – ‘The Crossing’ is “a must-own item for rock die-hards”. When Big Country step out in front of a packed audience, the excitement around the room needs to be seen to be believed.  They will also perform a special encore of greatest hits includingWonderland, Harvest Home, Look Away plus more!

“There was an absolute infectious perfection to their delivery throughout the night, and the crowd responded by singing along with every word” – Amnplify

Having been described by Mick Jagger as “one of the best opening bands we ever had,” the band continues to wow audiences around the world night in, night out with their iconically unique sound, which escalated them to the peak of greatness in the 80’s. Where other artists may have fallen to the wayside, the band’s musical credibility still stacks up and remains as fresh as it did decades ago, largely due to their critically acclaimed live performances.

“the crowd went apeshit” – Live and Die in Music

With “fans of a certain age possibly bouncing along a little more furiously than is good for them.” – Get Ready to Rock, their slick playing, pumping rhythms and soaring melodies searing out of the bands instruments will leave you “drenched in sweat due to plenty of mad pogo action.” – Louder Than War. Big Country give it their all and provide a feel-good live show that will be talked about for years to come.

“a concert full of passion, warmth and love for the music“ – Scenestr

Big Country’s return has been inevitable! This is your chance to witness what will be an absolute live spectacle of nostalgic fan favourites that will get the whole room jumping! Remarkable, spectacular, phenomenal and mind-blowingly astounding – you don’t want to miss this!

Ticketing:
Pre-Sale Wednesday 26th July at 9am through to on sale (local time)
On-Sale Friday 28th July 9am (local time) 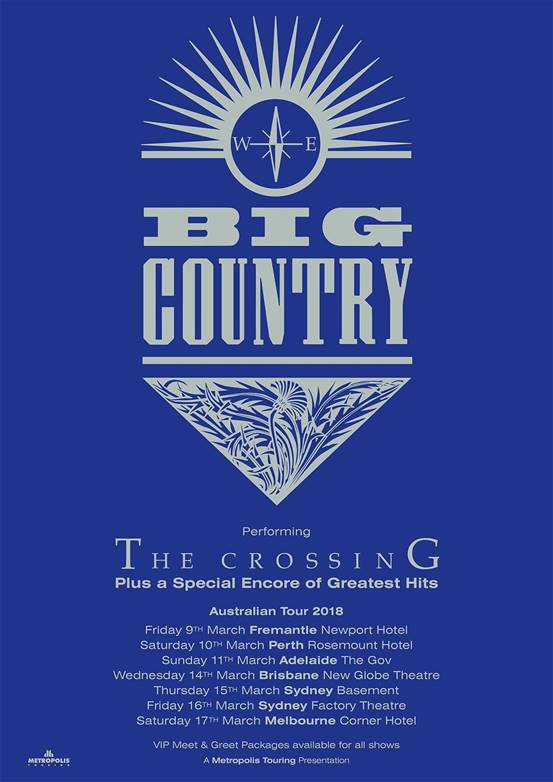