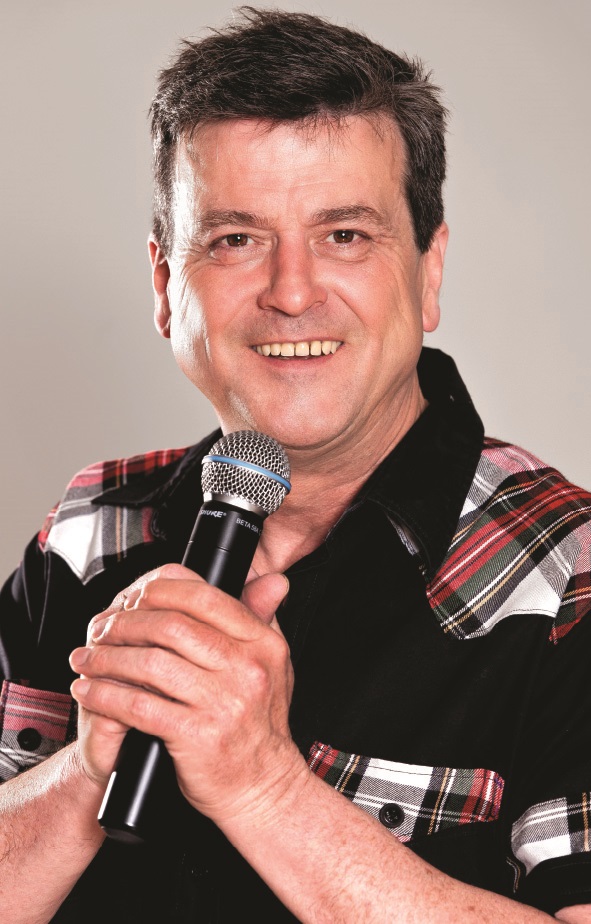 “I think the thing is about The Bay City Rollers and the kind of thing that we did was such a brilliant thing, it was like a crazy thing we stopped traffic over there in Australia, we had hundreds of thousands of fans follow us regularly and they’re special memories for me that’s for sure…”

From Release: Scotland’s greatest pop / glam export, the Bay City Rollers Featuring Les McKeown will finally be back down under! Front man of the Bay City Rollers is on a mission touring the world again in 2017. Currently on tour himself with his Legendary Bay City Rollers and enjoying the release of his new album, Les McKeown…The Lost Songs, he is still bringing back the golden era and playing all the hits from the 1970’s. The story of the Bay City Rollers has been told countless times and now that Les is reliving some of his own memories with the release of The Lost Songs, an album of tracks that lay in a box, untouched for years, he is keen to heal any old wounds and move forward, bringing their magic to audiences old and new.

We gave Les McKeown a call to talk about the return of The Bay City Rollers to Australia, tartan, new old music, modern technology, and more…

The band had great success in Australia, what do you think it was about The Bay City Rollers that Australia fell in love with?
I think it was the whole tartan costumes and of course our handsomeness *laughs*

With a tour comes a new album, how did ‘The Lost Songs’ come about and after so long between albums why was now the right time for it?
Well ‘Lost Songs’ I was asked by my current producer John McLaughlin did I actually write many songs back in the day when I was a young man? I said yeah I did and I can find them for you and I did find them on some cassettes. He, John McLaughlin decided they were good songs and that’s what we recorded and you can listen to it if you want on iTunes and if you like it, buy it.

What was it like going back and revisiting all these old tunes?
I tell you what, it was weird because I remember back in the day when I was like nineteen years old people would tell me my dongs were a little bit shit and they were crap, but went back and it wasn’t crap some were really great.

Can we maybe now expect more from you in the future?
Oh definitely, I’ve got a new album coming out maybe around Christmas and it’s got the in dubious title of ‘The Lost Songs 2’ *laughs* I’m just happy to get my songs out there, I really am. Now I’ve got a chance to get them out to the world and some people love them so I’m happy with that.

You mentioned before the tartan, and years ago I bought a pair of Tartan converse and my mum said “oh are you joining The Bay City Rollers” so it’s been ingrained on many, do you feel that the tartan association has become almost bigger than the music?
Definitely. We were all kids, all we wanted to do was promote Scotland, nobody ever paid us any money for that by the way, but we were just so proud to be from Scotland and it’s such a small place in the whole world, SCOTLAND! It could be like being from Australia and you go somewhere and you yell “AUSTRALIA!” you want to support where you’re from. I can only say that coming from Scotland and coming to Australia has been a brilliant time and Australians love Scotland.

You’ve been making music longer than I’ve been alive, what is it that you still enjoy about it all over forty years in?
Wow, I think the thing is about The Bay City Rollers and the kind of thing that we did was such a brilliant thing, it was like a crazy thing we stopped traffic over there in Australia, we had hundreds of thousands of fans follow us regularly and they’re special memories for me that’s for sure and you never know what’s coming up in Australia. *laughs*

So over many years things change and I’m especially talking about technology, in looking over the years and how it has changed how have you had to adapt to these changing technologies to stay up to date with it all?
I tell you what, I like the technology I like for instance facebook and all that kind of stuff so I can talk to everybody at the same time, that’s a brilliant thing Of course the little details are a little bit annoying in terms of how they do it *laughs* but yeah, stuff like that I try to keep up with it all, I enjoy it. It’s just a wee bit weird because we didn’t have that when we were kids and we’ve got it now and trying to keep up with it which is good, everybody is just so instant like it’s “Hi it’s Les, I’m on Periscope” or something and I do some of that and facebook live stuff, it’s like I’m talking to my friends, I hope they’re all my friends anyway, I’m talking to everybody and I kind of like it.

Lastly let’s look ahead to the future, so finish this sentence for me, by the end of 2017 Les McKeown wants to…
Come back to Australia and tour again.