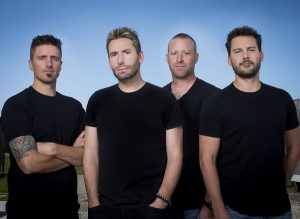 There’s no denying Billboard’s ‘Rock Group of the Decade’, NICKELBACK continue to reign supreme as one of the most enduring and commercially successful acts of the past two decades. NICKELBACK’S Australian sales have hit 15-times-platinum with 5 consecutive albums debuting in the Top 5. The band has had a total of 7 singles hit the ARIA Top 10 and over 1 million sales in Australia.

NICKELBACK is currently in the studio putting the finishing touches on their ninth album, Feed The Machine (BMG)¸ set for release on Friday, June 9 – but fans will get an early dose of the new release with the title track available today. Fans who pre-order the new album today from the band’s official store will receive a code for early access to tickets for the North American tour as well as an instant-grat of the first single, “Feed The Machine.” 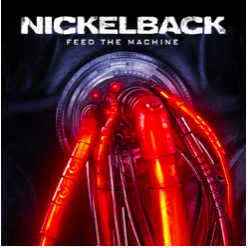 Written by Nickelback and co-produced with Chris Baseford (Slash, Shinedown), “Feed The Machine” is a defiant rock anthem featuring blistering guitar riffs and face-melting rhythm tracks.  Watch the lyric video for it below.

Announced today, the band will head out on a colossal headlining Feed The Machine Tour in the US.  The tour will begin on June 23 in Noblesville, Indiana, performing 44 shows across North America including stops in Detroit, Los Angeles, Chicago, Toronto, Vancouver, and more.  A full list of all the tour dates can be found at www.nickelback.com

Since forming in Alberta, Canada in 1995, globally celebrated, multi-platinum rock band Nickelback have cemented themselves as one of the most commercially viable and important acts of the past two decades. Nickelback’s success includes worldwide sales of more than 50 million units, solidifying their status as the “eleventh best-selling music act” and second best-selling foreign act in the U.S. of the 21st century—behind only The Beatles. Their inescapable and irresistible smash “How You Remind Me” was named Billboard’s ‘Top Rock Song of the Decade’ and was No. 4 on the Top 10 songs of the 2000s list.  Amongst all of these accolades, they’ve also been named Billboard’s “Top Rock Group of the Decade.”  Along the way, they have received a staggering nine Grammy Award nominations, three American Music Awards, a World Music Award, a People’s Choice Award, twelve JUNO Awards, seven MuchMusic Video Awards and have been inducted into Canada’s Walk of Fame (2007).  With more than 23 chart-topping singles and fans spanning the globe, Nickelback boasts twelve consecutive sold-out international tours, playing to well over eight million+ diehard and adoring fans. Nickelback are ChadKroeger (Lead Vocals, Guitars), Ryan Peake (Guitars, Backing Vocals), Mike Kroeger (Bass) and Daniel Adair (Drums, Backing Vocals).