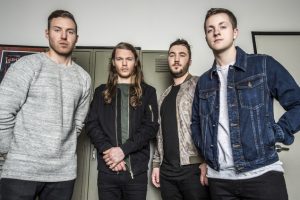 I PREVAIL have quickly garnered a burgeoning global fan base since their inception two years ago and Australia is right at the forefront!

Presented by Destroy All Lines, Chugg Entertainment and Hysteria, I PREVAIL will be touring Australia for the very first time in 2017 taking in Perth, Brisbane, Sydney and Melbourne.

Australian audiences have been particularly supportive of the record – Lifelines debuted at #8 on the ARIA charts in release week and stayed top 20 for consequent weeks – as well as every single on the record at the top of the iTunes metal and all genres charts for months leading into the album’s release. Judging by Australian fans’ (of which there are over 56000 on Facebook!) reactions to the record, I Prevail have been a major breakout act this year in Australia. But this fever pitch support for I PREVAIL is not just coming from a massive underground swell of fans…media are also falling over each other praising Lifelines with Hysteria exclaiming “I Prevail’s music is part man, part machine and unnaturally catchy” and Shockwave Magazine declaring “I Prevail’s debut album Lifelines is the life support to your most crushing experiences and the wings in the moments when you feel empowered”

I PREVAIL’s live show has been wowing fans and “their live performance is stunning, much like the band’s rise over the past couple years.” – Volume Magazine. They will also be bringing out their full US show to Australian fans and will be leaving no stone unturned turning this into a tour to remember!

All tickets on sale Thursday 8 December, 9am local time at tickets.destroyalllines.com 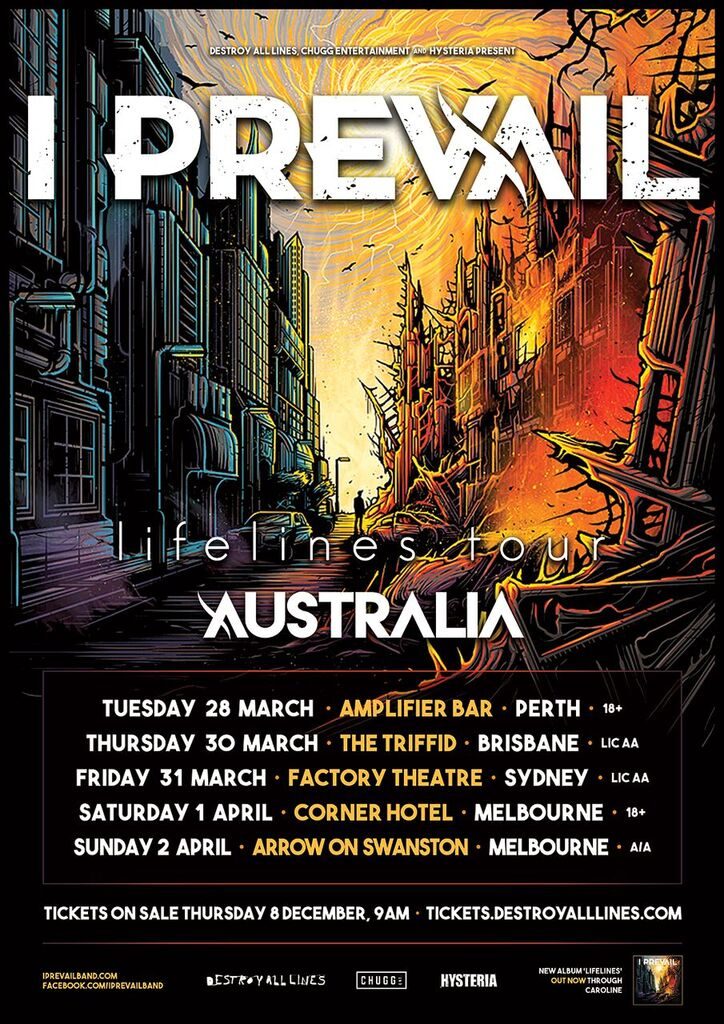