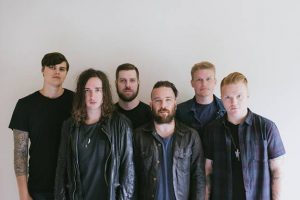 Fans all around the world never thought that we would be able to read the words “Underoath Reunion Tour” in a sentence that was factually correct. We were confident that this day would never come….think again.

When your favourite band goes on their farewell tour, you go. It doesn’t matter how far you have to drive; you just go. UNDEROATH’s farewell show is a chance to remember, a chance to re-live, and a chance to be excited again. These nights are about the shared experience of over a decade’s worth of music. That even a fraction of that experience can be witnessed in one night, is a wonder in itself.

Dubbed the Rebirth Tour, UNDEROATH will be playing the classic albums ‘They’re Only Chasing Safety’ and ‘Define The Great Line’in their entirety. The recent USA Tour saw every show sell out in advance with fans and media alike in absolute unison with their thoughts:

“They nailed it front to back, performing like they’ve steadily been on tour since the hiatus, the audience singing along to just about every chorus and hook”. – Punk News

“Underoath is giving diehard fans exactly what they want, and from the sound of it, they’ve never believed in these songs more than they do now.” – Enfocus Magazine

“They were soaked in sweat by the third song, and playing as passionately on their last as they did on their first. You’d swear they’d be dying up there, if only they didn’t look so alive”. – Tampa Bay.com St. Petersburg

“Once on stage, with a near perfect timed explosion of light, music and fan screams, it was clear that Underoath was back. Their hiatus had no effect on their ability to move their devoted fans, and move they did; with hands pumping, fans jumping and a waterfall of surfers flowing over the front barricades into the pit” – Rock Paper Rock

Australian fans your tickets go on sale Monday 17 October at 9am through www.tickets.destroyalllines.com 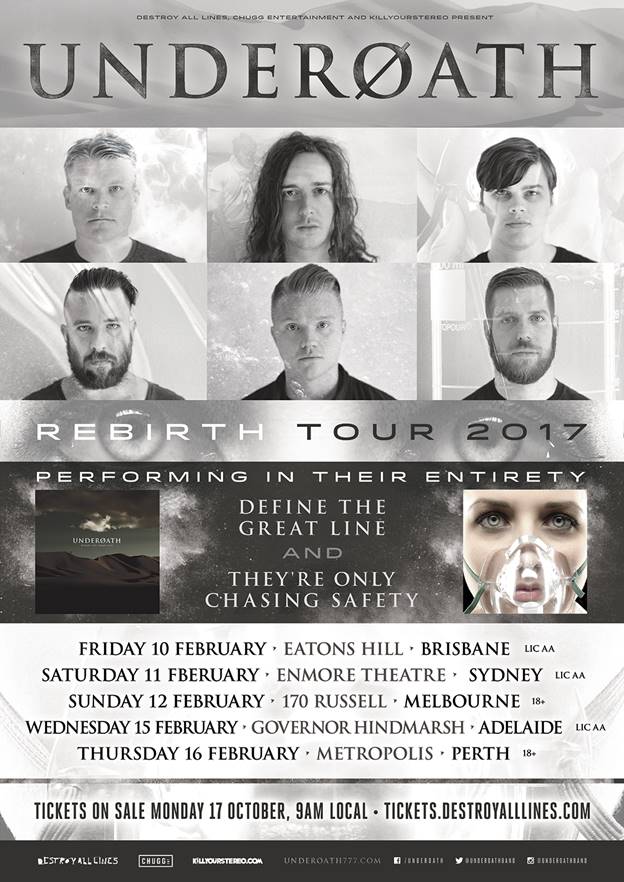