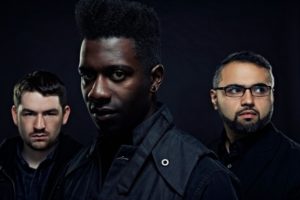 Instrumental heavy rockers, ANIMALS AS LEADERS, have announced their return to Australia next February and March for a national tour in celebration of their new album due out next month.

Enthralling and captivating crowds with their innovative guitar-based metal sound, Animals As Leaders kick off their The Madness of Many national tour in Brisbane on February 25, followed by shows in Sydney on February 26, Melbourne on February 28, Adelaide on March 1 and finishing up in Perth on March 2.

Guests at all shows are guitarists PLINI and NICK JOHNSTON.

Tickets go on sale 10am this Friday, October 7.

My Live Nation members can be among the first to secure tickets during the exclusive pre-sale beginning 10am tomorrow, October 5 until 5pm Thursday, October 6.

Currently winding up their European dates before trekking through North America, Animals As Leaders are set to deliver their fourth album, The Madness of Many, on November 11.

After playing for a few years in the “straight” music world as a member of the uniquely virtuosic Washington, D.C.-based metalcore band Reflux, seven and eight-string guitar wizard Tosin Abasi was asked to record a solo album by the group’s then record label, Prosthetic Records, once the group disbanded. That solo project forged Animal As Leaders.

The self-titled debut album dropped in April 2009 and saw Abasi handling all guitar and bass tracks, while drums and other synthesized sound effects were programmed by engineer, Misha Mansoor.

Abasi and company followed up in 2011, when Animals as Leaders released their sophomore effort, Weightless. The following year, the band signed on with Sumerian Records, and released their third album, The Joy of Motion, in 2014.

Australian Plini is a 23-year-old guitarist and composer from Sydney. Bringing his material to life all over the world, Plini has sold out headline shows at home, festival appearances in the UK and toured Japan. His latest EP Handmade Cities, has already received critical acclaim.

Nick Johnston, hailed as a “modern guitar virtuoso” Canadian guitarist, is known for his catchy, melody-driven instrumental music, carving out a career with his own unique style. His eclectic inspiration is evident in his sound, ranging from blues to prog, to jazz, to gypsy, spanning anything and everything in between. 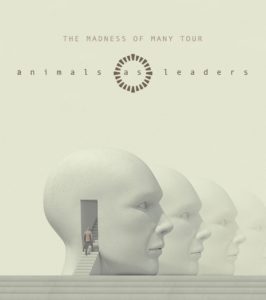 TICKETS ON SALE
10AM FRIDAY OCTOBER 7

My Live Nation pre-sale:
10am October 5 until 5pm October 6