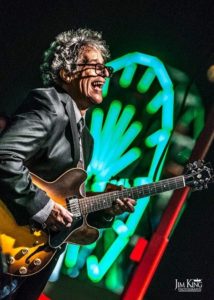 Now in it’s 8th year, the Sydney Blues And Roots Festival, held in historic Windsor, are excited to announce, the lineup for October 27-30, 2016.  This year it is a FREE event to all who want to attend, with the exception of the dinner/shows at the Windsor Function Centre or prestigious Blues Cruises on the Hawkesbury Paddlewheer.  Venues include the Hawkesbury Hotel, the Bowling Club, Windsor Public School and the Function Centre all located around the McQuade precinct.

A stellar lineup sets the scene for a momentous Sydney Blues And Roots Festival.  The promoters have been working tirelessly to arrange over 60 bands for the best lineup ever, including headliners, American Blues guitarist CHRIS CAIN. Chris Cain’s jazz-tinged, blues-soaked guitar and deep, warm vocals have been described as having the maturity and authenticity of bluesmen like B.B. King & Albert King. He plays at all the main blues festivals in the US and brings a jazz influence to his playing. 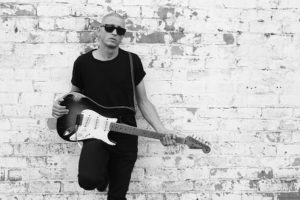 DIESEL, has over thirty five singles, sixteen albums, 6 ARIA awards and record sales edging 1 million, DIESEL is a journeyman of music. With blues music in his DNA, and influenced largely from his Father’s record collection, DIESEL has blended styles to come up with a truly unique sound, punctuated with his distinct guitar playing and vocals. 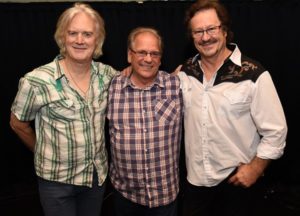 Also for the first time in 35 years STARS featuring original members Mick Pealing, Mal Eastick, Roger McLachlan, Glyn Dowding, will unite for one show only at the festival. The band’s debut album, Paradise, peaked at No.11 on the Australian charts in 1978 and included their highest charting single “Look After Yourself” which reached No. 21 on the singles chart.

THE HIPPO’S first emerged in 1985 from the rich rhythm and blues scene that was concentrated on the fringe of inner city Sydney. Accomplished English guitarist/vocalist/producer Lez Karski (Supercharge, Magnetics, producer of ‘Boys Next Door’, Midnight Oil, Spy V Spy), approached veteran bassist/vocalist John Power (Foreday Riders, Jo Jo Zep & The Falcons) with the idea of a casual band playing covers of material they had always wanted to perform but had never had the opportunity to do so.  Enlisting journeyman drummer Ace Follington (Richard Clapton, Jeff St John, Chain), saxophonist Ian Jones, and keyboardist extraordinaire Bridie King the Hippos soon made their mark on the touring circuit.

Along with this there are some new brilliant new offers, one of which being the new VIP Card.  These can be purchased from www.SydneyBluesandRootsFestival.oztix.com.au and all Oztix outlets www.oztix.com.au for just $99.00 and are available on the 11th August.  The VIP Card will give you tickets to shows, including the ‘Blues Awards’ night on October 27 at the Sebel Resort and Spa in Windsor, huge discounts on ticketed shows, free admission to the Rock Boots on Friday nights, a year’s subscription to Rhythms Magazine, discounted drinks and meals at participating restaurants and cafes, merchandise, camping and so much more!

The Southern Comfort Blues Cruises continue on the Hawskesbury Paddlewheeler this year.   These tickets always sell out first so, be quick to get your table booked.  If you are a VIP, tickets are half price.  It’s just a relaxing great way to listen to the best in the blues business, whilst cruising the river.

The introduction of ‘Up and Coming’ new acts will introduce some special new Australian blues talent throughout the FREE stages at the festival.

For the first time the camping is right next to the action!  For the first time this year all the events will run around the McQuade precinct so, the courtesy bus will be a distant memory for the campers.  New partner TentTown offers three options, see them all at website www.sydneybluesandrootsfestival.com/camping   There will be 24 hour security at the campsite from start to finish of the festival.

Get your tickets here: www.SydneyBluesandRootsFestival.oztix.com.au  and all