BARONESS Return to Australia for National Tour in December 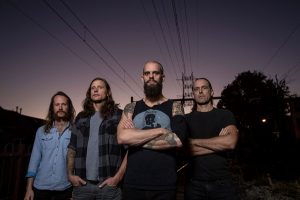 American heavy rockers BARONESS have announced their eagerly-awaited return to Australia, with their first ever headline tour taking them across the country this December.

Kicking off their national tour in Sydney at the Metro Theatre on December 7, Baroness continue around the country playing shows at The Triffid in Brisbane on December 8, Melbourne’s Prince Bandroom on December 9, The Gov in Adelaide on December 12 and wrapping up in Perth at the Capitol on December 13.

Baroness previously supported Metallica on their 2010 Australian tour and were last here for 2014’s Soundwave festival. In addition to their headline dates, this year they’ll also head to Meredith Music Festival.

Tickets for all shows (excluding Meredith) go on sale at 10am Thursday, August 25.

Telstra Thanks is bringing an exciting pre-sale just for Telstra customers from 10am Monday, August 22 until 9am Wednesday, August 24. For more information on how to purchase, visit: telstra.com/music.

Baroness formed in 2003, slugging it out in their local Savannah scene while adhering to a DIY punk ethic, booking their own tours and silk-screening their own shirts. Founded by artist/musician John Baizley (vocals, guitar), the four-piece line-up includes Pete Adams (guitar, vocals), Nick Jost (bass, keyboards) and Sebastian Thomson (drums).

Over their 13-year history, Baroness have released a colourful assortment of albums, specifically the Red Album, Blue Record, Yellow & Green and most recently, Purple. While the band’s first two releases firmly cemented their spot in the hard rock world (metal mags worldwide awarded Album of the Year accolades for the Red and Blue albums), the melodic double album, Yellow & Green, saw Baroness’ audience expand, kicking off with a Top 30 chart debut in the U.S. and a spot on year-end best of lists from music outlets worldwide.

In late 2015, the band announced the formation of their own label, Abraxan Hymns (partnered with Cooking Vinyl Records in Australia), and the release of Purple, a 10-song collection recorded in upstate New York with producer Dave Fridmann (The Flaming Lips, Mercury Rev).

In the months since release, the collection has been universally praised, with Pitchfork saying Purple features “some of the biggest, strong songs Baroness has ever written,” Entertainment Weekly calling the album “their finest release yet,” Rolling Stone Australia dubbing it “the most dynamic, robust guitar album this year,” Mojo echoing those sentiments, saying “Baroness have delivered their masterpiece: an album grounding their cosmic heaviosity with earthbound, compelling drama.”

TICKETS ON SALE
10AM THURSDAY AUGUST 25

Telstra Thanks pre-sale:
10am Monday August 22 until 9am Wednesday August 24 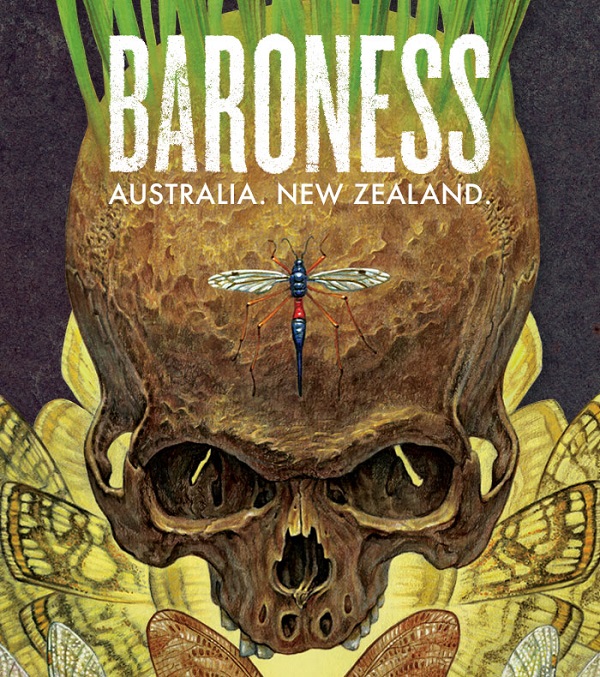