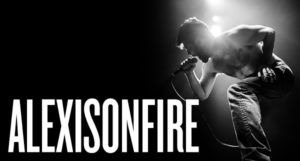 Alexisonfire is coming together to play a string of national all-ages headline dates across Australia in January 2017. This news follows the recently revealed headlining performance at Unify Festival. Alexisonfire’s Australian tour will signify a homecoming of sorts for the band. It will be the first non-festival headline dates since the band played its sold-out 10th Anniversary Australian shows in 2012. Tickets are on-sale to the general public, Monday 15th August at 9am local time.

The band kicks off its Australian run at Perth’s HBF Stadium on Wednesday 11th January, taking in the Adelaide Entertainment Centre on Friday 13th January and Melbourne’s Festival Hall on Tuesday 17th January followed by a show at Sydney’s Hordern Pavilion on Thursday 19th January and closing out the tour at the stunning Riverstage in Brisbane on Saturday 21stJanuary.  Joining Alexisonfire as special guests will be Dine Alone Records’ label-mates, The Dirty Nil. As fans themselves, Alexisonfire hand picked Ontario, Canada’s The Dirty Nil to join them on the tour and introduce the punk rock trio to the Australian market.

Alexisonfire will be hosting a Fan pre-sale which includes tickets and Upgrade Bundles.

Note: Upgrade Bundles DO NOT include a concert ticket. To gain entry into the venue for the meet and greet, purchasers must have a concert ticket in addition to the upgrade or they will not be admitted. Fans should keep an eye on the band’s website and social media outlets for more information.

Alexisonfire is consistently hailed as one of the most influential bands ever to emerge from Canada. The band released four hugely successful and critically acclaimed albums between 2002 and 2009, amassing a legion of devoted fans across the world. The band’s self-titled debut dropped in 2002 followed by 2004’s ‘Watch Out’, 2006’s ‘Crisis’, and ‘Old Crows/Young Cardinals’ in 2009. They have since released limited edition vinyl box sets along with the album, ‘Live At Copps’ featuring the final show of their 2012 10-year anniversary run, recorded on home turf in Hamilton, Ontario.

Multi-award winners in their native Canada, Alexisonfire have topped sales charts across North America and achieved a Top 20 ARIA Chart debut in Australia with 2009’s ‘Old Crows/Young Cardinals’. The band has multiple Gold and Platinum albums under their belt, have graced the covers of some of the world’s most respected music magazines including Kerrang!, Blunt Magazine and Big Cheese, and have taken in main stage slots at some of the world’s premier music festivals, from the UK’s Reading and Leeds to Riot Fest (US + Canada), Fuji Rock Festival (Japan), Soundwave Festival and more.

Having sold out tours around the world including Canada, United States, UK, Europe, Australia, New Zealand, Brazil and Japan, Alexisonfire will hold no prisoners upon touching down in Australia, delivering their trademark explosive sets to fans of all ages across the country. Put this one in the diary and get in quickly, as tickets are sure to be snapped up fast!

With Special Guests The Dirty Nil

Brought to you by Chugg Entertainment

About The Dirty Nil:

Over the past four years, Ontario-based trio The Dirty Nil have released a handful of 7″ singles, mixtapes, EPs, and limited edition lathe cut records, while persistently touring all over the world. Made up of Luke Bentham (guitar/vocals), Kyle Fisher (drums), and Dave Nardi (bass/vocals), the band operates as a cross section of the most essential parts of rock and roll; a combination of unhinged punk rock fury and stick-in-your-head pop melodies. Harnessing the propulsive, kinetic energy of their live shows, The Dirty Nil’s debut album ‘Higher Power’ will be released on Dine Alone Records later this year and will feature two bonus tracks exclusive to the Australian audience. With 13 combustible songs full of shrieking feedback, in-­the-­red distortion and holler­-along choruses, it’s a thrilling sonic rollercoaster from a band who have remained true to their rock roots without allowing themselves to be confined by genre. The Dirty Nil wrap up an extensive North American tour with Billy Talent, before touching down on our shores for their first ever antipodean visit in January 2017.

For more information go to: