Katrina Leskanich of Katrina and The Waves 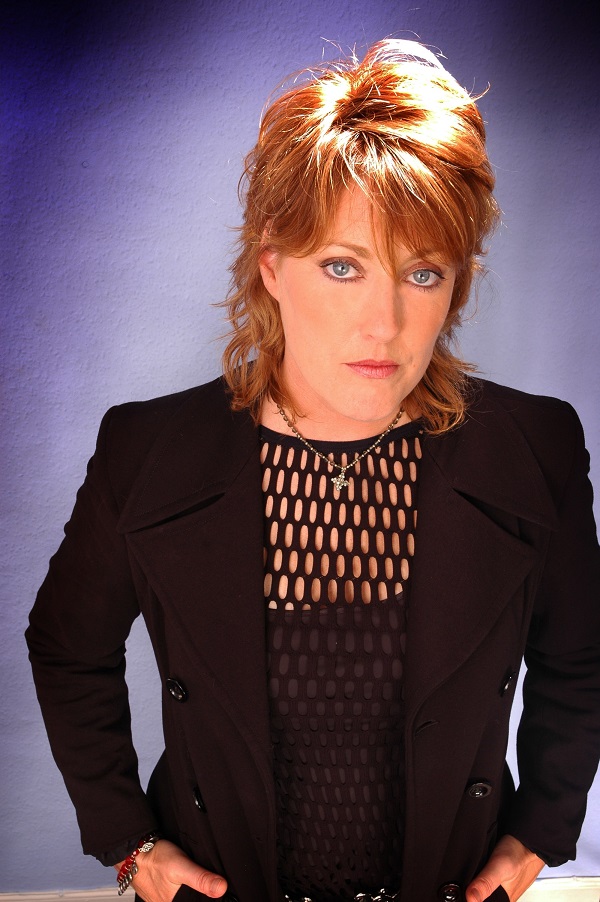 “…we used to tour with Lemmy and Motorhead  in Scandinavia and Lemmy said we were the loudest fucking band he’d ever heard, so I think that apart from ‘Walking on Sunshine’ we could rock with the best of them, and a lot of Katrina and The Waves was very much a rock aspect…”

From Release: KATRINA (UK) ex KATRINA & THE WAVES had one of the biggest 80s hits with their power pop classic Walking on Sunshine reaching #4 here, it’s second highest chart position in the world only behind Canada. KATRINA was last here in 1987 and then as part of the Countdown Spectacular in 2007.

We gave Katrina a call to talk about the upcoming Totally 80’s tour of Australia, the 80’s resurgence, her memories of Australia, Walking on Sunshine, and more…

It’s been a long time since you’ve been in Australia, but thankfully heading to see us in July, what can we expect to hear on this run of shows?
Well this is another one of those god knows why people want to come out and hear all of us, the 80’s is an incredible genre, the only genre in music when you’re talking about genres, and people just can’t seem to get enough. When we were in the 80’s and looking at the fashions and making music we were laughing at a lot of it because we couldn’t believe it was going to endure but it has, and it’s incredible, the songs are eclectic, they’re memorable and seem to hold really fond memories for people, so that’s really good for all of us that are going to be taking part in the Totally 80’s because that’s exactly what we want, people who want to hear the music and they come with an attitude and wanting to party and have a good time because that’s exactly the way that we feel about it, it’s a party for us and it’s great to still be able to make the music and perform to enthusiastic audiences and whom better than the Australians? So we’re coming back with Berlin and Limahl, and Martika, and Men Without Hats and for a lot of people it’s just a really fun night out, I do a few of these shows where it’s an ensemble of 80’s artists, and it’s incredible the amount of different generations you get coming out, I mean there are families, there are people as old as me, then their grandkids, their kids and their grandkids and it’s just like everyone’s having a good time and  smile on their face and it’s not to be taken too seriously obviously, and for a show like this if you don’t like an artist or you’re not that interested in them you don’t have that long to wait before they’re off stage and another one comes on and that’s kind of the fun of it, it’s a really good way to do a show. It would be hard to do it with any other genre because quite frankly there aren’t that many from the 70’s there aren’t many that are young enough or vibrant enough to keep doing it. So I think my message would be to come out and see all of us 80’s artists while you can. *laughs* We’re not getting any younger and we’re not all Tina Turner, you know what I’m saying… She went until she was sixty five but we can’t all be Tina.

The 80’s resurgence has been massive over the last few years, what do you think it is about the music that people have never really let go of / gravitated back towards to?
The tunes were so memorable, there were so many songs that you know that song that goes like this… and then you sing a bit of it and everybody knows the production, it was very simple, very basic and always with a fantastic beat. I think the production at the time was a joy to listen to, it was a very clean sound, and translates to people and I don’t know, it resonates with people. I think also for a lot of people if you were alive in the 80’s and you would know, for a lot of the 80’s it was a very prosperous time, and in fact I remember the 80’s being an enormous Australian influence on Americans and it was all things Australian. Everybody started buying those raincoats, the outback ones and it was a big deal and a lot of people said well it’s Crocodile Dundee, because when that movie hit and it was huge everybody started to take an interest in Australia, especially in America.

My friend Trish is excited that I’m talking to you and has asked if there’s a chance you’ll play ‘Do You Want Crying’?
Well you know what, there’s every chance I’ll play ‘Do You Want Crying?’ because they said ‘ok we might want you to do a couple of other songs, what’s it gonna be?’ and I said ‘I think it should be ‘Do You Want Crying?’ but I’m not sure if that was much of a hit in Australia’ it kind of did well in other territories but I’m not sure about Australia, but that would be my first choice, if I could do it it would be obvious to do that one, so tell your friend I’m trying my best.

It’s also been almost thirty years since your first visit to Australia back in 1987, what are you hoping to get up to down here other than touring?
Well now actually I was there in 2007 and it was a Countdown tour with Molly Meldrum, so I have had a chance to be back there a little bit since then, but of course I was terribly excited to sign the contract for this tour. It’s in July and it’s going to be a little bit of a different experience because I always usually come in your summer months, but it’s epic, it’s an epic place and it’s very exciting to get off the beaten tracks and try and find things to do. So excursions will be planned, we’re gonna have a blast, we’re really looking forward to it, we’ll do everything you’ve got to offer, culturally or in any other way.

‘Walking On Sunshine’ is still one of the best power pop songs of the 80’s, a song that’s stood the test of time, what do you think it is about that song specifically that made it through the era to still be known today?
I think it just has the feel good factor, if there’s something to celebrate out comes ‘Walking on Sunshine’, if there’s something to feel good about, out comes ‘Walking on Sunshine’, if there’s a turning point in a movie, in a plot out comes the song, it’s a great lift, it just gets you up there, the sun comes out and life is good and you feel good and it’s just a combination of a good beat, an exuberant beat and a happy message which is irresistible especially in this day and age.

At its peak it was right in the midst of the hair metal era, what was it like co-existing with these big rock bands at the time?
Well we used to tour with Lemmy and Motorhead  in Scandinavia and Lemmy said we were the loudest fucking band he’d ever heard, so I think that apart from ‘Walking on Sunshine’ we could rock with the best of them, and a lot of Katrina and The Waves was very much a rock aspect, you mentioned ‘Do You Want Crying?’, really ‘Walking on Sunshine’ was our poppiest song and the rest of it was a little bit more hard core,  which I think maybe even May The Rock Be With You would approve of.

I do have to say that I really loved the song ‘Definition’ with a guitar solo better than anything out there at the moment, is there a story behind how this one was put together?
Well I love working with Darren Loveday who is a fantastic left handed guitar player, he plays all of the guitar on ‘Blisland’ and he’s absolutely amazing, he’s the guitarist they use in the studio to produce, to write, to tour with I’m going to Scandinavia with him and we’re doing three shows together and yeah he is pretty amazing. I think all the guitar work on ‘Blisland’ any of your listeners would be happy with and approve of shall we say.

I have to ask about Eurovision as Australia is mad for it, I wanted to ask more so about how you guys were picked to represent the UK, how did that come about?
We knew one of the organisers of Eurovision and he just by chance asked us if we had something for Eurovision because we need a really good song, and we happened to have a song called ‘Love Shine a Light’ in the bottom drawer, we’d never recorded it because we thought it sounded too Eurovisiony… so hello, we said yeah we’ve got this song called ‘Love Shine a Light’ and we thought they’d give it to some young seventeen year old blonde singer, and that would be the last of it. Warner records came to us and they said ‘you guys record it because you’ve got some profile and this could not only win it but it could be a hit for you and it could be a comeback for you.’ Now I’ve never seen Eurovision before but I can tell you I’ve seen a fair bit of it since we won it back in 1997 and it was just the right song at the right time and the fact that we agreed to do it, really the thing about Eurovision is  get somebody who’s really, really confident and that’s what people do now and that’s what we had, we had a lot of confidence, it didn’t faze me that much of singing live, I just sang to the room, forgot about the other 60,000,000 people watching at home, but I can tell you it was a very, very exciting thing last year when Australia got involved, wow, everybody was talking about it.

Lastly, let’s try and see if we can predict the future, so finish this sentence for me, the one thing Katrina wants to do in 2016 is…
Come to Australia…

I’ll hold you to that…
No you won’t!! I’ll send Terri from Berlin. *laughs*