THE ART release Minute To Madness 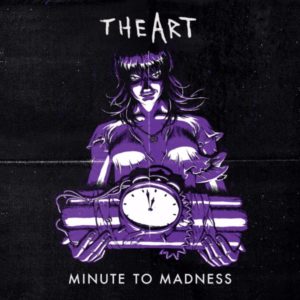 Sydney rockers THE ART have been living and breathing the teenage dream over the last few years, travelling the globe rocking out with a few bands you might have heard of like, The Pixies, NIN, Marilyn Manson, Linkin Park, Them Crooked Vultures, Sonic Youth, Faster Pussycat, Thirty Seconds To Mars, Black Rebel Motorcycle Club and Steal Panther just to name a few, whilst carving a name of themselves both down under & abroad as a band to watch.

“Front man Azaria could be described as the pied piper with a room full of hungry rats hanging on every sound whispered from his mouth.” – Faster Louder

“This album might freak the fuck out of joe blow, Australia needs a band like this!” – Rolling stone

The wild ride that is touring inspired the bands new single ‘MINUTE TO MADNESS’ of their forthcoming album ALL IN THE MIND due to be released later this year.

“I wrote Minute To Madness after reading a book called ‘Heart Shaped Box’ by Joe Hill. It’s about the moment you know chaos is about to take over, and there’s no going back… Which is in itself the most exciting moment… Good or bad.” – Kara Jayne (aka KJ) The Art