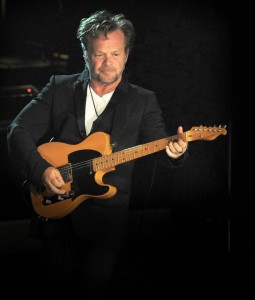 Australian audiences can see John Mellencamp during a seven-date tour of Australia inFebruary 2016, supported by a special guest, singer and songwriter Jewel. Also appearing on the tour is country artist Carlene Carter.The musician – whose extraordinary list of honours includes a 2001 Billboard Century Award, the Woody Guthrie Award in 2004, a Grammy Award and the Americana Music Association Lifetime Achievement Award for Songwriting – was inducted into the Rock And Roll Hall of Fame in 2008.  In 2012 he was awarded the John Steinbeck Award, which is given to artists who capture “the spirit of Steinbeck’s empathy, commitment to democratic values, and belief in the dignity of the common man”.

Tickets go on sale at 10am (local time) on Friday October 23 for performances in Perth, Melbourne, Sydney, Brisbane, Adelaide, Canberra and the Hunter Valley.

Indiana-born John Mellencamp burst on to the Australian scene in 1979 with his first hit, I Need a Lover.His enduring success has continued throughout 40 years of playing and touring andMellencamp is well known to Aussie audiences for songs, such as Jack & Diane, Paper in Fire,Small Town, Cherry Bomb and R.O.C.K in the USA.

Indeed, Australia has played an important role in Mellencamp’s success, with seven top 20 hits and 10 top 20 albums climbing the local charts. He has sold more than 1.5 million albums in Australia and his single I Need A Lover was top five in the local charts – the best result in the world – a fact he acknowledged in his last tour Down Under in 2008.

Mellencamp recently completed the 80-date Plain Spoken tour of North America, earning rave reviews for what was described as “one of the most electrifying shows in the business”, blending a catalogue of powerful anthems and popular hits.

As one Australian reviewer summed it up in 2008: “Mellencamp’s songs are iconic enough to do all the talking, and performing, for him”. His tour was a “perfectly selected, weighted and delivered set from an undeniable rock legend”.

Mellencamp will be supported by Alaskan singer-songwriter Jewel, performing songs from her extensive catalogue and latest release Picking Up the Pieces. Since her debut Pieces of You in 1995 which featured the massive hit Who Will Save your Soul, Jewel has established herself as one of the most successful musicians of her generation with powerful mentors including Bob Dylan, Merle Haggard and Neil Young. A storyteller at heart, Jewel also has written her memoir,Never Broken, authored two children’s books, and a pair of successful children’s albums.

Mellencamp will also be joined by country singer and songwriter Carlene Carter. Daughter of country music legends June Carter Cash and Carl Smith, Carter’s career took off with the albumI fell in Love in 1990. During her career, Carter has recorded twelve albums and released more than twenty singles, with 3 peaking at No. 3 on the Billboard Hot Country Songs charts.  Her latest album titled Carter Girl was released by Rounder Records in 2014