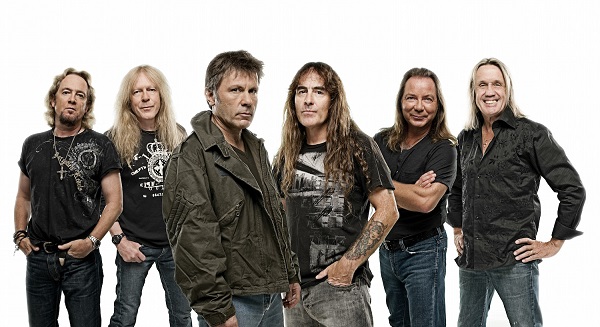 Rock legends IRON MAIDEN, whose new studio double album “The Book of Souls” just debuted at No 2 in Australia, will make a massively anticipated return in May on their enormous Boeing 747-400 jumbo jet Ed Force One, piloted by vocalist Bruce Dickinson and carrying band, crew and stage production and equipment.

Their first Australian tour since 2011, Maiden will play five arena shows in May with tickets going on sale to the general public at 12noon (local time) on Thursday 24th September via Ticketek.

As usual, there will be an exclusive pre-sale for IRON MAIDEN Fan Club members, details of which can be found on www.ironmaiden.com. Fan Club members will also be eligible in the draw to be ’First To The Barrier’.

Bruce comments;  “We cannot wait to get back out on tour. When we start in the USA in late February it will be 19 months since our last show at Sonisphere in the UK so we are raring to go. Maiden thrive on touring and getting out to our fans, it’s what we do best, so it will be a great feeling to board our new Jumbo Ed Force One with the crew and the gear and head round the globe and get back on stage for you guys. We haven’t played in Australia and New Zealand for a number of years so it will be a pleasure to play for our Antipodean cousins again, irrespective of who wins the dates with destiny at Twickenham in a few weeks’ time!!

“Of course we haven’t decided on the set list as yet and won’t until we start rehearsing but we really look forward to playing a number of new songs live, especially as the recording was so much live. However, as it’s been a while since we saw you all,  I am sure we will include plenty of older fan favourites too. I think the fans will be delighted by what we have in mind. We are also in the middle of creating the new show and rest assured we are working hard to bring you all something spectacular, something with a lot of heart!!! You certainly deserve it for your patience.“ 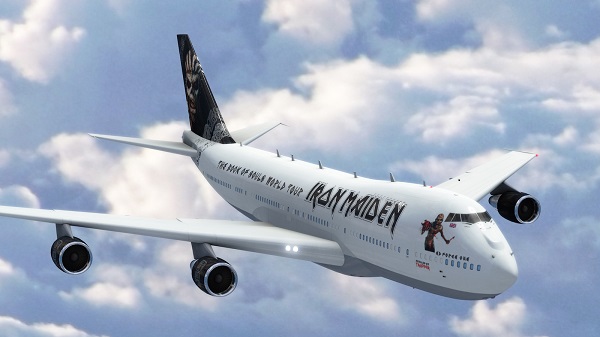 •    The new Ed Force One will transport band, crew and over 12 tons of equipment across 6 of the 7 continents of the world

•    The band will visit around 35 countries on this tour, flying over 55 thousand miles (88,500km) including first ever visits to China and El Salvador

•    Bruce has started his training to qualify as a 747 pilot. He is using a Simulator based at Cardiff Aviation, an aircraft maintenance facility he owns in Wales

•    Ed Force One will once again be customised on the outside with the Iron Maiden logo and new album art decals. As the 747 is so huge, only minimal modifications will be needed to the interior as all the equipment and production can be carried in the hold without having to modify the plane for freight.

IRON MAIDEN AUSTRALIAN TOUR
With special guests The Raven Age
Tickets for all of the Australian shows go on sale to the general public at 12noon (local time) on Thursday 24th September from www.ticketek.com.au.

Both Iron Maiden Management and the Promoters Dainty Group urge the Public to only buy tickets from authorised seller www.ticketek.com.au.