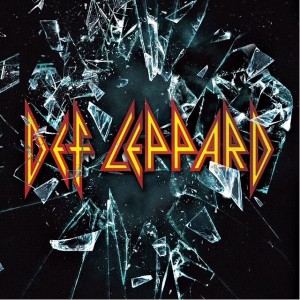 DEF LEPPARD is the band’s eleventh studio album – the first since 2008’s SONGS FROM THE SPARKLE LOUNGE. From the instant hooks of album opener ‘Let’s Go’, to the bass groove of ‘Man Enough’, and the anthemic ‘Sea Of Love’; this is timeless Def Leppard.

The fourteen tracks will delight fans and win over a whole new generation alike.

Def Leppard have always known how to write hits, and this album is packed with them. The album was produced by Def Leppard and longtime producer/engineer Ronan McHugh.

Lead singer Joe Elliott explains, “We got together to see what we had with maybe putting out a three track EP in mind. All of a sudden we had twelve songs on the go, and two more would come just a few weeks later. It’s the first album we’ve ever made with no deal in place & no one looking over our shoulders so the freedom was immense & I think you can hear it in the songs.”

Formed in Sheffield in 1977, Def Leppard have gone on to be one of the world greatest-ever rock bands. They have sold over 100 million albums worldwide in a career that spans three decades. Def Leppard’s influential career includes dozens of huge hit singles and ground-breaking multi-platinum albums – including two of the best-selling albums of all time, PYROMANIA and HYSTERIA, both of which have been given the Diamond Award (over 10 million sales in the USA alone).

These two albums alone contain 10 hit singles including the classic Leppard tracks; ‘Rock of Ages’, ‘Animal’, ‘Pour Some Sugar On Me’ and ‘Foolin’. Both ADRENALIZE and HYSTERIA reached #1 in Australia, with the latter spending a massive 67 weeks in the Australian Top 50.