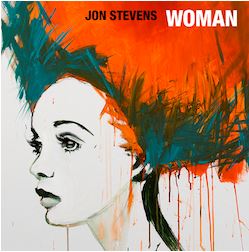 Performed with all the power and passion his voice is renowned for, Jon Stevens new single, Woman, is the lead and title track from his forthcoming solo album of the same name, which is slated for release on Friday, September 18.  Making its way to radio today, the new single is also free to download via Jon Stevens Facebook page for two weeks.

Recorded in Sydney and produced and mixed by Jon Stevens and Sam Iervasi, WOMAN is a 10-track album of pure rock, from the signature Stevens sound of title track, Woman, to the haunting rock ballad of In Your House, hard rocking Flesh n Bone, and classic rock grit of Catch You Falling.  Every song is delivered with the same compelling authentic rock and roll energy.

(WOMAN by Jon Steven’s is distributed by Social Family Records)