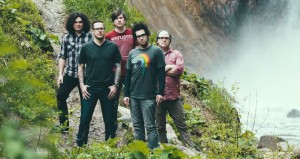 THIS IS A CELEBRATION!!!

MOTION CITY SOUNDTRACK will be hitting our shores this August celebrating the 10-year anniversary of their critically acclaimed and fan favourite sophomore album ‘Commit This To Memory’.

Released in June 2005, ‘Commit This To Memory’ went on to become an instant classic of the genre, a sublime concoction of energetic melodies, catchy hooks, thumping drums and bursting keys.  A riveting album that infects your senses, grabs your heart and reminds you all over again – why you love music.

MOTION CITY SOUNDTRACK is a live act not to be missed giving fans phenomenal performances night in night out. The atmosphere of the set really did bring me back to my high school years, just like I had envisioned, proving not only that Motion City Soundtrack has grown with me, but that they still know how to get down.” – CMJ

Playing ‘Commit This To Memory’ in full combined with classics from their stellar discography including new material from their forthcoming studio album.

Australian fans are in for a real treat.