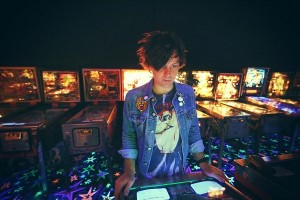 In only his fourth visit to Sydney since releasing his turn-of-the-century masterpiece Heartbreaker (2000), classic American songwriter Ryan Adams returns in inspired form for an Australian exclusive solo performance spanning his prolific career, in the Concert Hall at Sydney Opera House on Tuesday 21 July, 2015.

Writing from an endless well of vulnerability that has drawn in Elton John, Emmylou Harris, Jenny Lewis, Norah Jones and Noel Gallagher, Ryan Adams released his self-titled album last year, welcomed with open arms across the globe. Nominated for three Grammy Awards and debuting at #4 on the US Billboard Chart and #10 on the ARIA chart, Ryan Adams (2014) saw the Jacksonville native take the tight focus of Ashes & Fire (2011) into a riff-ready collection that has courted his most immediate melodies yet.

After two sold out performances in New York City on November 15 and 17, 2014, the critically acclaimed career-spanning Live at Carnegie Hall (2015) was released, with the six-LP vinyl box set selling out instantly. Pitchfork noted on the recording, “…his selections here work beautifully with just an acoustic guitar as accompaniment… flawless.”

Ryan Adams has continued an American roadmap of rustic song-writing since the breakthrough ‘Oh My Sweet Carolina,’ from Heartbreaker (2000), and seminal ‘New York, New York,’ from Gold (2001) – both a heartfelt and moody alt-country styling that has seen comparisons drawn to the great heavyweights of American rock ‘n’ roll; “Adams is a better singer than all of Springsteen, Petty and Westerberg.”  (The Quietus)

Transcending on-stage cliché with a flair for comedic wonders between whispered devastations, the Grammy nominated Ryan Adams returns for a one-off performance of solo favourites, highlights from The Cardinals, rarities and reworks, all in the captivating atmosphere of the Sydney Opera House Concert Hall.

BOOKINGS: Tickets on sale to the general public Friday 15 May, 9am