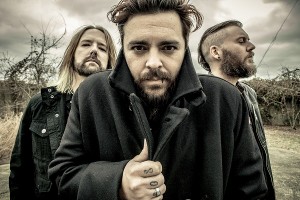 Multi-platinum alt-rock trio SEETHER will be returning to Australia to celebrate the release of their 6th album ‘Isolate And Medicate’.

Having sold over 5 million albums, SEETHER is the biggest rock act to come out of South Africa ever! From headline runs to festival appearances all across the globe, the band has amassed an exceptionally loyal fan base, and this is a band that ensures every single performance delivers their fans all they could possibly want.

‘Isolate And Medicate’ has been incredibly well received worldwide; debuting at #4 on the US Billboard Charts, and reaching #42 on the ARIA Charts. Their live shows however are a whole new wall of sound world of thrilling melody, fervent rock rhythms and crunching guitars that shake you by the neck until you emerge exhilarated from the other end of the show. And SEETHER want to make their massive show something special for fans in Australia.

With over 80 million YouTube/Vevo views and almost four million Facebook fans, SEETHER‘s powerful online presence is solid proof of their hard won, fiercely loyal worldwide fan base. Having racked up nineteen Top 5 multi-format hits including twelve #1 singles, SEETHER, Billboard’s 2011 Active Rock Artist of the Year, is gearing up for another assault on the Australian market.

Bassist Dale Stewart comments “The studio is fun, it has some really cool elements to it when you see your songs come together but the real fun is getting out there and playing the songs live. Seeing the response right in front of your eyes, in real-time, to your music is really cool.”

“Seether promises to be one of the most energetic, fun performers… and their enthusiasm is infectious!” — Examiner

Drummer John Humphrey comments “I’ve never considered doing anything else. Music has been my whole life. If I wasn’t playing with SEETHER I would probably be playing drums in a band in a bar somewhere, or a wedding or bar mitzvah.”

“It’s not until you experience their live set that you realize how deep their catalog runs and the range of success they’ve had.” —  Loudwire

“Seether always brings an intensely emotional performance with them wherever they go.” — New Transcendence

Be at these shows – they are going to be definite contenders for one of the best gigs to come to Australia this year. Allow the mighty SEETHER to take you on a beautiful, energetic and emotional journey.

“The songs they performed were poetic, with diverse hard rock melodies that made you want to cry, dance, and headbang all at the same time.” — Cryptic Rock

Latest album ‘Isolate and Medicate’ is out now via Caroline Australia