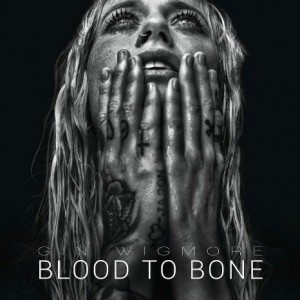 Award winning NZ artist Gin Wigmore has announced her third studio album ‘Blood To Bone’ will be released Friday June 26th. Diving into a variety of unchartered musical avenues with her new album, the first single ‘New Rush’, a clear example that of exploration, is available today on all digital partners.

Co-written with Charlie Andrews (Alt J & Laurel Collective) and recorded in Los Angeles, ‘New Rush’ charges like a bull out of the gate, with its thunderous beats and Wigmore’s distinctive vocals.

“Charlie is the epitome of brilliance. His unique ability to meld an organic sound and bathe it in what sounds like the future is uncanny. Without a doubt, spending time with Charlie has opened my mind in ways unimaginable and truly set the pace for the album.”

Wigmore first caught the world’s attention with her 2009 debut Holy Smoke and the critically acclaimed blues-inspired follow up in 2011 titled, Gravel & Wine. ‘Blood To Bone’ finds the 28-year-old evolving from her roots to create an album loaded with diverse intent and assertion of her new found stride as a musician. For her, it’s an album of many firsts – she sits behind the piano, stretches her voice into falsetto, manages all the backing vocals on the album and steps into the role of co-producer. The end result is her most powerful release to date.

“The whole idea for this album was to write songs and rhythms that pushed far beyond what I had ever tried before. I spent many hours, days and months listening to a wide variety of music including Portishead, Mos Def, Steely Dan and Alt-J. I was deeply interested in finding that groove and what it was about their songs and many others that moved people on a cathartic level, “ says Wigmore.