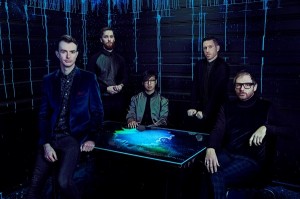 During 2014 Birds of Tokyo based themselves in America; taking their music overseas for the first time. In between all the U.S. gigs and interviews they wrote and recorded four songs. Four songs about being a long way from home. Four songs about perspective being gained from distance. Four songs about trying to find connection in a strange new world.

Now those four songs are being released on a standalone EP called Anchor.

As the group’s frontman, Ian Kenny quips, “some people send postcards when they’re away. Others post their travel pic’s on Instagram. We decided to write a few songs inspired by our time in LA and we’re sending those out instead”.

The Anchor EP will be available this Friday April 24 and the band will head out on the road from late May to support its release, visiting Melbourne, Adelaide, Brisbane and Sydney. They’ll also be making a number of festival appearances in the coming months including Darwin’s Bass in the Grass and SOTA in Perth.

Tickets for the Anchor Tour go on sale to members of Birds of Tokyo’s mailing list Wednesday April 22 at 12pm, then to the general public Friday April 24 at 9am.

Dates and venues for the Anchor Tour are listed below. Special guest at all shows will be South African born Melbourne based artist Ecca Vandal, so get down to the venue early.

In an era dominated by single tracks, 140 character haikus and 8 second vine clips, the Anchor EP is an unusually cohesive piece of work across 15 minutes. Each of the songs is inspired by the sort of clarity that only comes from being well removed from a situation. Sometimes things seem a lot clearer when you’re 10,000km away. 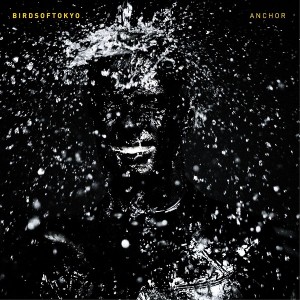 The EP’s anthemic title track is particularly panged by both time and distance. “Sometimes people need someone to hold them in place while they’re in troubled waters”, explains Ian Kenny, “it can end up being ‘sink or swim’. We all need that type of support sometimes but we don’t always ask for it.  What’s even worse is that we don’t always notice when someone else needs it. So Anchor is a song for all the times that we didn’t notice.”

The group’s decision to relocate to LA had not been taken lightly. Since 2004 Birds Of Tokyo had gradually grown in popularity across Australia through nonstop touring, a series of acclaimed indie releases and several JJJ anthems. 2010’s breakthrough hit “Plans” opened more new doors and these gains were then consolidated by songs like “Wild At Heart” and “This Fire”. ARIA and APRA Awards followed but it was their song “Lanterns” that really changed everything. “Lanterns” became the most played song on Australian radio across 2013 and lead to all sorts of opportunities including a U.S. release – the first of the group’s career. It was time to start climbing a new mountain together.

“We were living together in L.A. for most of 2014” explains guitarist and co-producer, Adam Spark.“We’d go out and do nonstop gigs and promo around the country for a few weeks. Then we’d all suddenly be back in Eagle Rock staring at the walls together waiting for the next trip. In the meantime we’d drive around town hearing “Lanterns” on the radio in this amazing city that makes you feel like you’re in a movie half the time. It was surreal but inspiring in a way too. It definitely pushed us all out of our comfort zones.”

As part of these fresh frontiers the group teamed up with local wunderkinds Twice As Nice to create some new music and these four songs grew out of those sessions.

“There was probably too much time for us to think about stuff over there” admits keyboardist Glenn Sarangapany. “We kept working and working on these same four songs whenever we had downtime and they took all sorts of twists and turns as our moods went up and down. It was like we couldn’t record anything else until we got these four tunes just right. We got kinda obsessed.”

“We were originally going to call the EP “Restless Creatures” because that just summed up where our heads were at the time these four songs were written”, adds bass player Ian Berney.

Eventually the songs were completed back at home which is why Anchor ultimately felt like an apt title. The mixes were then done in Toronto by David Bottrill who did Silverchair’s classic “Diorama” as well as albums for the likes of Tool and Peter Gabriel.

Since returning to Australia a few months ago the floodgates have opened for Birds Of Tokyo with more than 30 new tracks now in various stages of completion with a  view to a new album next year. It was as if these four ‘LA songs’ needed to be completed before the band could begin another new chapter together.

“Our time in the U.S. was really good for us”, reflects drummer, Adam Weston, “but we’re an Australian band and coming home after that year away really gave us a whole new lease on life. We learned a lot from the experience both as people and as musicians. Hopefully people will get a sense of that when they hear this EP.”

Don’t miss Birds of Tokyo live in 2015 as they launch the Anchor EP. Stay tuned for much, much more.

BIRDS OF TOKYO ‘ANCHOR 2015 TOUR
With special guests Ecca Vandal
*All shows 18+ except if noted.

Saturday 23 May – Bass In the Grass, Darwin Amphitheatre*
Tix: bassinthegrass.com.au
On sale now