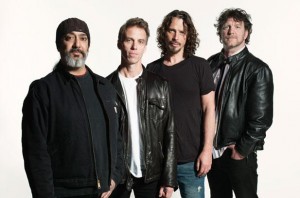 SOUNDGARDEN is internationally recognised as one of the world’s most influential rock bands.

With an exemplary career and GRAMMY®-winning catalogue, SOUNDGARDEN started a musical transformation that inspired a generation and helped redefine alternative and hard rock. With Cornell’s absurd vocal range, from the rich and piercing to the guttural and buttery SOUNDGARDEN deliver live performances that can still leave fans absolutely floored by the sheer energy and complexity of their show.

SOUNDGARDEN will be performing two sidewaves only as part of their performances on Soundwave 2015.

TICKETS ON SALE THIS FRIDAY DECEMBER 12TH @ 9:00AM AEDT