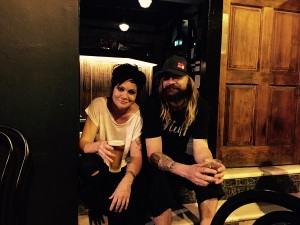 Following on from her national tour with The Superjesus (supporting The Tea Party), the ever-exuberant Rock songstress SARAH McLEOD will team up with The Baby Animals’ gun skins-man MICK SKELTON for a handful of shows in Sydney & Adelaide this month.   Expect to hear these two perform a selection of songs from Sarah’s solo & Superjesus releases, along with a few fun covers & banter thrown in to boot.  Kicking off the night will be a performance from the delightful KJ, of Sydney rock outfit The Art.