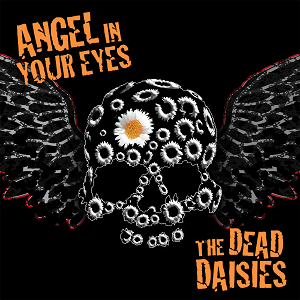 Contemporary classic rockers, The Dead Daisies, have released their second single, “Angel In Your Eyes”, from their Face I Love EP, as they get set to commence their tour (of the same name) across Australia and New Zealand in late November.

The Dead Daisies will hit Australia in November, ready to headline 5 massive shows across the country, taking in Melbourne, Adelaide, Perth, Brisbane, and Sydney, playing just one show in each city. The band will also be heading across the Tasman for a few dates with the legendary Jimmy Barnes as special guests on the NZ leg of his current tour.

“Angel In Your Eyes“, is an epic, guitar-fuelled song, accompanied by Stevens powerful vocals, with drums and keys also hitting the mark.

“When the drums kick in you can’t help but start nodding your head to the beat, just before the heavy hi hat rolls in, making the song feel much louder as the vocals ride over the top. The vocals are superb on this EP and Jon Stevens has a naturally soulful voice with a broad range.  Again the keyboards are instrumental in this song providing that subtle melody which is becoming a trade mark of this band.” – Rock’n’Load review of “Angel In Your Eyes”, Sep 15

After a mind-blowing couple of months touring across the USA and performing to massive crowds in excess of half a million people over the summer, with KISS and Def Leppard in August, and Bad Company and Lynyrd Skynyrd during July, The Dead Daisies are looking forward to getting back to Australia and over to NZ, adding to what has already been an extraordinary year for the band.