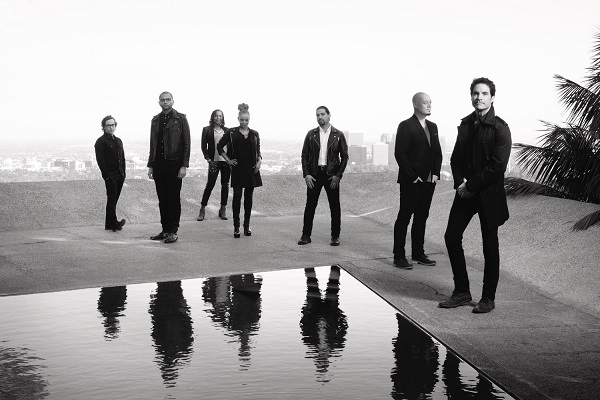 “For twenty years we’ve been dodging bullets and somehow consistently making music, then you think maybe all artists who have lasted time are Bulletproof Picasso’s at some point…”

On their promo tour of Australia we were lucky to sit down with Pat Monahan and Jimmy Stafford of Train for our first video interview to discuss the band’s new album ‘Bulletproof Picasso’, their upcoming Australian tour, our mutual love of Butch Walker and much more… so check it out, let us know what you think and make sure you check out the details of their Australian tour below.

From Release: Three-time Grammy award winners and perpetual hit makers, Train are returning to Australia as part of a world tour in support of their seventh studio album, Bulletproof Picasso.

Touring the four corners of the globe over the past 20 years, Train are a great live band, exemplified most recently when they rocked the 2014 NRL Grand Final in Sydney, playing to a record crowd of almost 84,000.

Already announced as a headliner at the 2015 East Coast Blues Festival (on Friday April 3), the San Francisco-based group have been responsible for some of the most successful and loved pop smash hits of the past two decades, including “Drops of Jupiter”, “Meet Virginia”, “Calling All Angels” and mega hit “Hey Soul Sister”.

Smash hit “Drops of Jupiter” earned Train Grammys for Best Rock Song and Best Arrangement; the song remained in the US Top 40 for nearly 40 weeks. In 2011, the group won a Grammy for global hit “Hey Soul Sister”, which cemented at the #1 spot in the ARIA charts for a month and becoming the most downloaded single of 2010.

The band has sold more than ten million albums worldwide and more than 30 million tracks over their 20-plus year career.

All Festival and Camping tickets are on sale through www.bluesfest.com.au or by phoning the office on 02 6685 8310.

Tickets are also available through Moshtix www.moshtix.com.au and Ticketmaster www.ticketmaster.com.au.