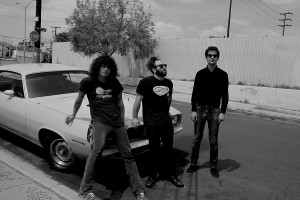 ANTEMASQUE is a band. A very new band. As it happens, it is the most recent band formed by respected rock pundits Omar Rodríguez-López and Cedric Bixler-Zavala of At The Drive In and The Mars Volta fame.

ANTEMASQUE will release their eponymous debut longplayer digitally on November 7 and physically on November 21 through their own label Nadie Sound via Caroline Australia. The LP, recorded in March 2014, features Flea (Red Hot Chilli Peppers) on bass and Dave Elitch (formerly of The Mars Volta) on drums. Add to this the band’s stark aesthetic and mysterious You Tube teaser trailers, and this project quickly becomes very interesting. 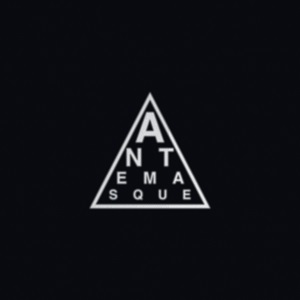 Fresh off a solid run of dates through the US and Europe, plus a stop in Tokyo for the Summer Sonic Festival, ANTEMASQUE will be making their Australian live debut on Soundwave 2015. As you might expect, the group’s stunning, energetic live show has already inspired much praise, with publications like SF Weekly proclaiming “ANTEMASQUE is its own beast.  Its a rare delight to see titans at the top of their game.”