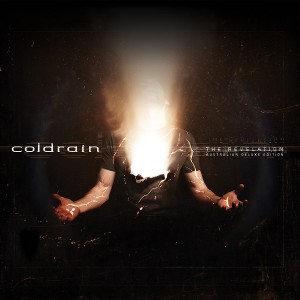 Nagoya, Japan rock band coldrain, have announced their upcoming full-length album THE REVELATION, will be released on August 8 Sony Music Entertainment Australia/VAP. Australian fans will be treated to an exclusive 16 track Australian Deluxe Edition of the album.

Produced by the award winning David Bendeth (Paramore, Bring Me The Horizon, A Day To Remember), THE REVELATION, is the band’s debut international album.

“It’s hard to put in words how excited and proud we are that ‘The Revelation’ will be released Worldwide. The dream we’ve had ever since we started playing music is finally coming true. I can’t wait for everyone to hear the songs, learn the words and sing them with us live. We are grateful for the many fans in our homeland that have supported us in becoming the band we are today. Without them this would have been impossible. This step will be the biggest in our careers and we couldn’t be more ready. See you soon world” – Masato

coldrain formed in 2007 in Japan after five members from two local bands decided to get together and expand their musical horizons. The band is composed of lead vocalist Masato, bassist RxYxO (Ryo), drummer Katsuma, and guitarists Y.K.C (Yokochi) and Sugi.

The band saw major success in their home country with their previous EP, 2012’s THROUGH CLARITY, (also produced by David Bendeth) debuting at #8 on the daily chart, putting them at #14 on the Japanese national chart. Soon after, the band began a national headline tour of 11 dates, selling out every venue. Earlier this year, coldrain co-headlined the completely sold out MONSTER ENERGY OUTBURN TOUR with Crossfaith and Miss May I, then continued on to perform sets around the globe at the likes of Download Festival (UK) and Rock am Ring/Im Park (Germany).

After conquering Japan, the band now sets its sights on the rest of the world.